No more creaks, squeaks, or bruised bottoms from hard surfaces on seats at the York Theatre. Last night they had a ribbon cutting ceremony and James Morgan Producing Artistic Director and Evans Haile Interim Executive Director led the audience into The (“New”) YorkTheatre. As James Morgan pointed out in his opening remarks, the event was noted in the Congressional Record by Congresswoman Carolyn B Maloney.  Along with many donors the renovation was also aided by New York’s Cultural Affairs Department. After “A Taste of Things to Come” by cast members Janet Dacal & Autumn Hurlburt, the festivities continued as everyone toasted the new seats and interior. Bottoms up as they say.

I videoed Jamie deRoy enjoying her new seat and interviewing some of the invited guests. 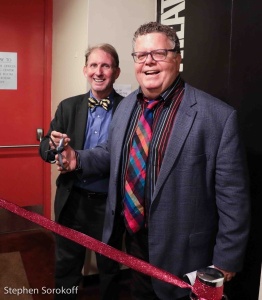 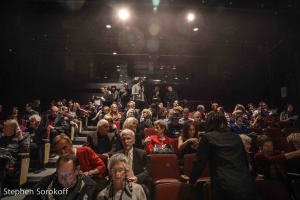 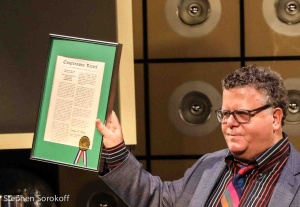 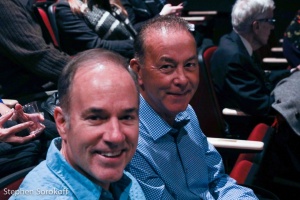 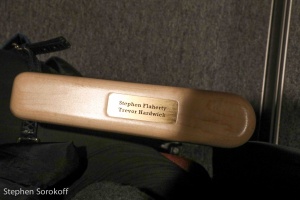 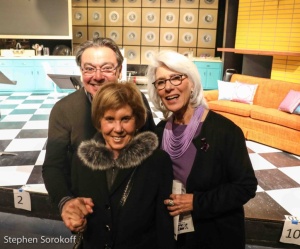 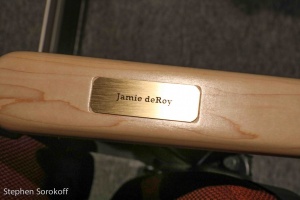 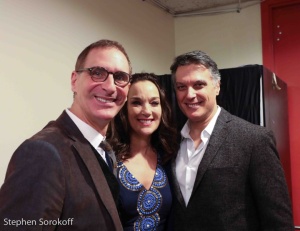 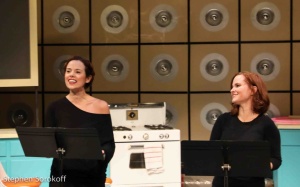 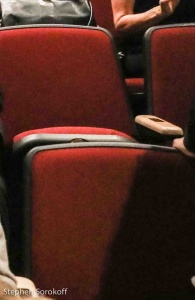 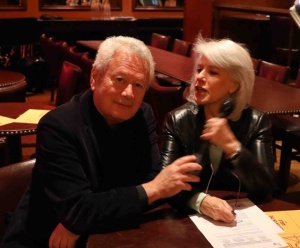 (Additional photos of this event on Broadwayworld.com) 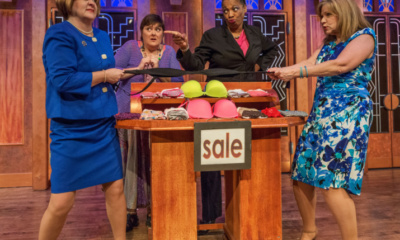 My View: Take A Pause For A Limited Time Only with MENOPAUSE THE MUSICAL® and Help The Actors Fund