My View: “Say Cheese” – Tony Danza Smiles For A Photo And Shows Us His Cheese Shop

My View: “Say Cheese” – Tony Danza Smiles For A Photo And Shows Us His Cheese Shop

Remember when shop keepers started their day by sweeping the sidewalks in front of the store? Well, quite a few folks walking past a 124 year old cheese shop in Little Italy have been known to say, “hey, doesn’t that guy with the broom look like Tony Danza”? Tony Danza is now “the boss” of the oldest Italian cheese shop in the United States after be became  partners with Karen King who was married to John (Cha Cha) Ciarcia. Ciarcia, the unofficial mayor of Mulberry Street. Cha Cha was Tony’s original boxing manager, and the  owner of Alleva. John Ciarcia passed away last year and Tony stepped up to the counter. Jamie deRoy and I were given a tour one afternoon, before Tony went uptown to his nighttime gig at Feinstein’s/54 Below. In whatever location he’s in – Tony Danza is making the customers very happy. Check out this video of Tony singing the praises of ALLEVA and Jamie and I eating on location at 188 Grand Street. 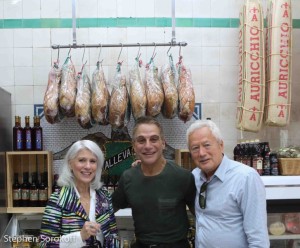 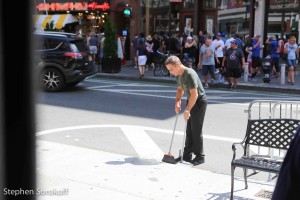 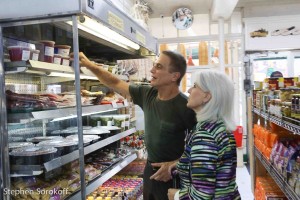 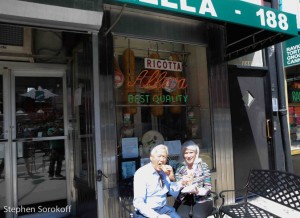 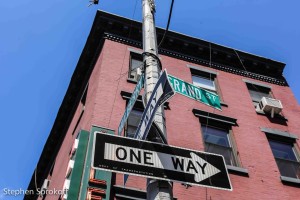 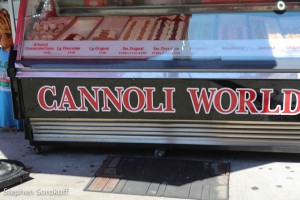 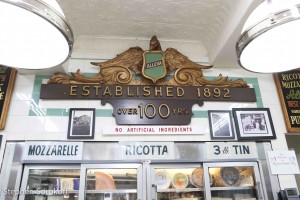 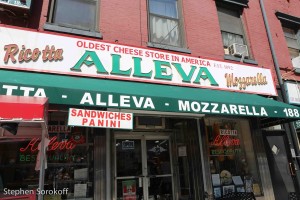