My View: Starting And Ending The Year With The Best – Marilyn Maye with Billy Stritch 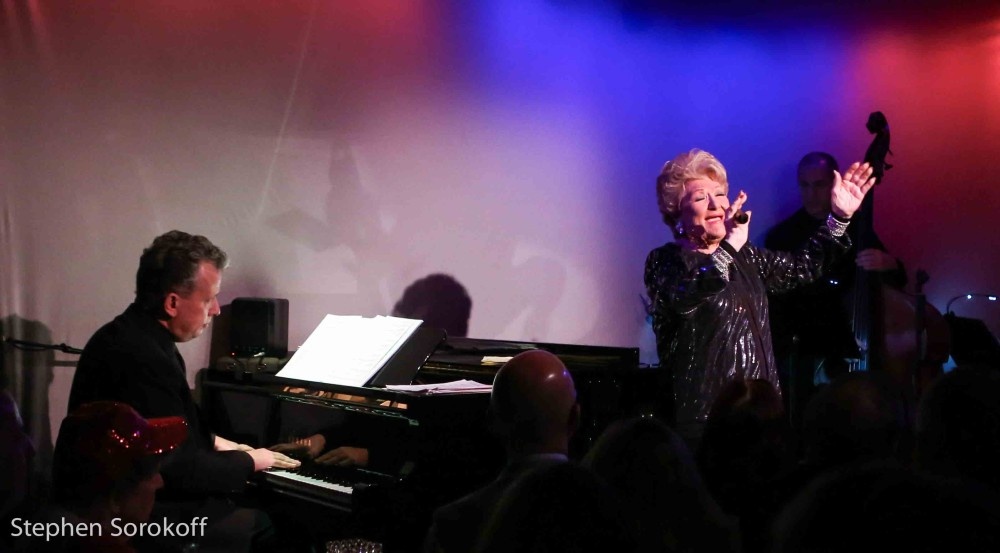 My View: Starting And Ending The Year With The Best – Marilyn Maye with Billy Stritch

A Marilyn Maye show always has the spirit and good feelings of a party, but nothing compares to the experience of being at her party on New Years at the Metropolitan Room.  Billy Stritch coaxed her back to NYC in 2006 and the subsequent engagement they both created at the then newly opened cabaret on 22nd street was historic.  The combination of Stritch & Maye is entertainment perfection. The Big Apple has never been musically the same.  Besides her music, Marilyn brought the glamour of the Golden Age of nightclubs back to the cabaret scene.  In addition to boasting about being at a Marilyn Maye performance, people also brag about the experience of encountering Marilyn in a New York restaurant, theatre, gala, or sometimes spotting her at another performer’s cabaret show. If you’re lucky, you’ve gotten to hear a spontaneous song from her when she whirls in with her entourage to Jim Caruso’s Cast Party at Birdland or at Bemelmans Bar in The Caryle.  It seems that everywhere Marilyn goes a bevy of musical Secret Service Agents are there to lead the way and give a heads up to the venue she has chosen to attend.  The city never sleeps when Marilyn is in town and luckily she’s here quite often.  My next Marilyn report will be in 2017 after our group of friends return to earth after this year’s Marilyn Maye New Years Party. 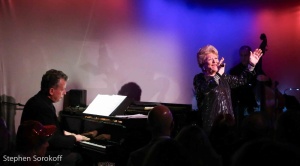