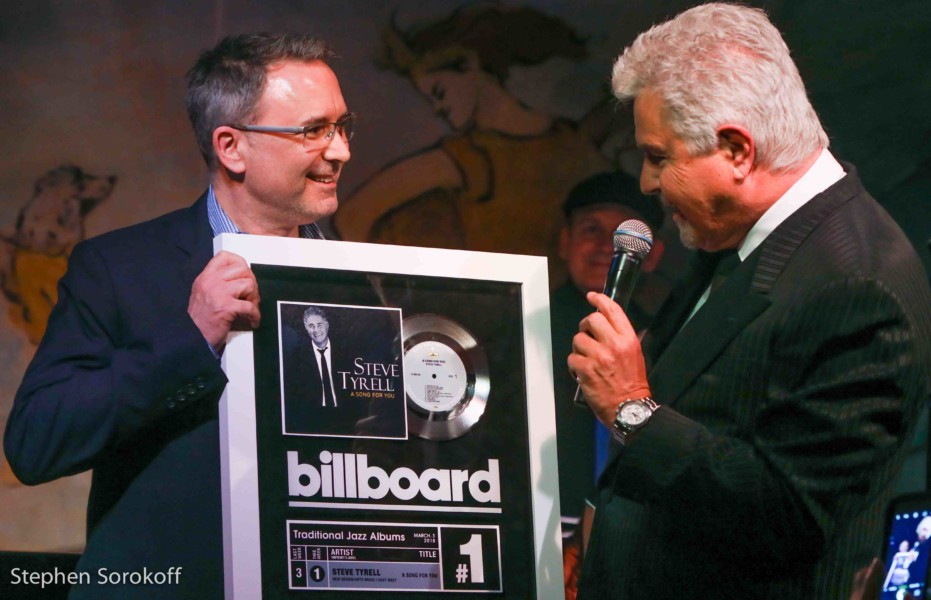 My View: Steve Tyrell #1 at Cafe Carlyle and #1 on Billboard

My View: Steve Tyrell #1 at Cafe Carlyle and #1 on Billboard

Steve Tyrell was surprised last night at his Cafe Carlyle opening night by Kevin Gore, president of Arts Music Warner Music group with a plaque celebrating Steve’s latest album “A Song For You” being #1 on the Billboard Charts.

Al Roker & Deborah Roberts were in the Cafe for Steve’s fourteenth return to the legendary, intimate cabaret room in The Carlyle.

“A Song For You” is a 12-track release that features Grammy and Emmy Award winner Tyrell’s takes on classic love songs by Van Morrison, Leon Russell, Jackie Wilson, Harold Arlen & Johnny Mercer and more. A Song For You furthers Tyrell’s vision of bridging songwriting from the rock era with that of the standards era, placing at its core the fundamental immortality of great songwriting. In 2005, after the passing of the legendary Bobby Short, Steve was asked by New York City’s Café Carlyle to take over their revered holiday season of November and December, which Mr. Short had not missed for 36 years.

Tyrell’s work in the studio as a record producer has included collaborations with such diverse and legendary artists as Rod Stewart, Diana Ross, Ray Charles, Linda Ronstadt, Aaron Neville, Bonnie Raitt and Blood Sweat and Tears, among many others. He produced Woody Allen’s classic comedy album, Woody Allen – Stand Up Comic, as well as an album with the late Andy Griffith, which won the Grammy in 1995 for Gospel Album of the Year.

Steve is currently enjoying major success with Tony and Emmy Award-winning Broadway superstar, Kristin Chenoweth.  Their collaboration on her recently released album, “The Art of Elegance,” debuted in the #1 spot on several of Billboard’s charts. 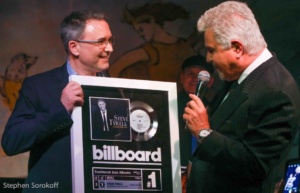 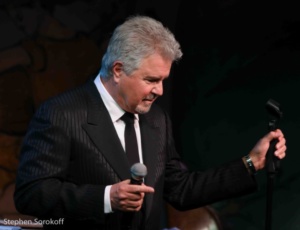 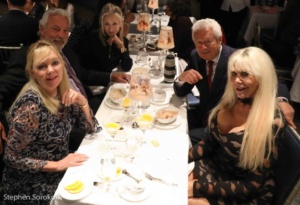 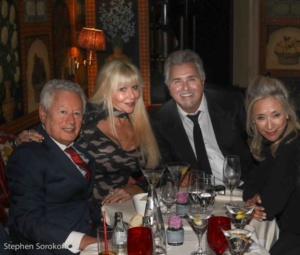 G. H. HARDINGJune 11, 2022
Read More
Scroll for more
Tap
Animaniacs in Concert and The man Who Has Brought Over 2,000 Voices to Life
My View: Inside The Friars Club at the Jamie deRoy Celebration