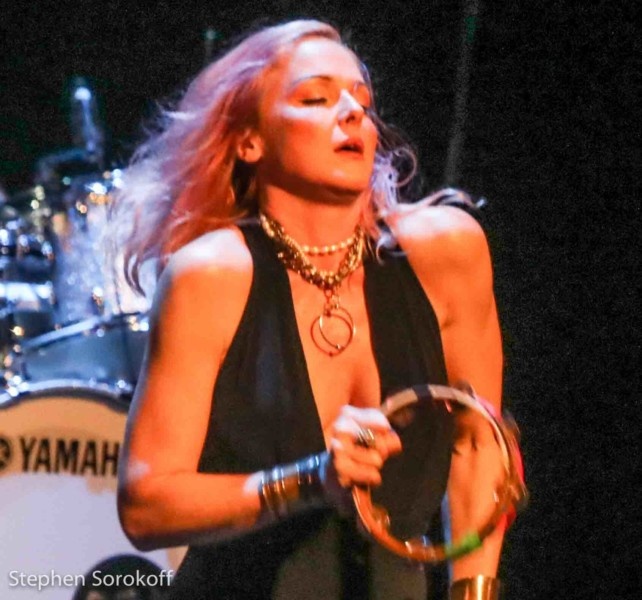 Storm: Dictionary: “have great and rapid success in a particular place or with a particular group of people”: example: Storm Large took Pace University’s Schimmel Center audience by Storm last night. Using her intoxicating, powerful, beautiful voice, musicianship, and acting ability, she is able to deconstruct some Great American Songbook Standards in a way that unlocks another world of interpretation. Combined with Storm’s breathtaking beauty and complete control of her physicality, her performance is as electrifying as it gets. In fact looking around at the audience folks seemed to be looking at each other and silently saying, “do you believe how good this is”? Put Lady Gaga, Madonna, Marilyn Monroe, Donna Summers, Lauren Bacall and some others in a a cloud and thundering down comes Storm Large.
Storm Large shot to national prominence in 2006 as a finalist on the CBS show Rock Star: Supernova, where despite having been eliminated in the week before the finale, Storm built a fanbase that follows her around the world to this day. Highlights of Storm’s 16-17 season include debuts with the Atlanta, Baltimore, and BBC Symphony Orchestras, and the Los Angeles Chamber Orchestra, as well as return engagements with National Symphony Orchestra and Detroit Symphony Orchestra

Storm made her debut as guest vocalist with the band Pink Martini in April 2011, singing four sold-out concerts with the National Symphony Orchestra at the Kennedy Center in Washington, DC. She continues to perform with the band, touring nationally and internationally, and she was featured on their CD, Get Happy. Storm has also sung with Grammy winner k.d. lang, pianist Kirill Gerstein, punk rocker John Doe, singer/songwriter Rufus Wainwright, and Rock and Roll Hall of Famer George Clinton.
If you want to have a truly unique musical adventure on every level do not miss a Storm Large performance next time she blows into town. With an affordable ticket price, and acoustically superior venue, this was quite an education at the Schimmell Center at  Pace University. Some great things are happening at the tip of Manhattan

(For complete photos of the Storm go to BroadwayWorld.com) 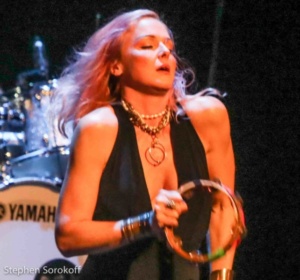 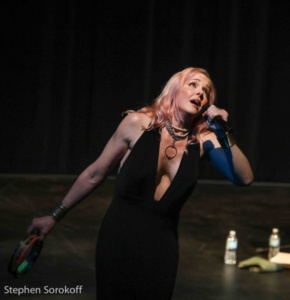 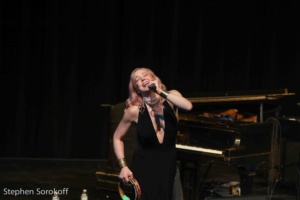 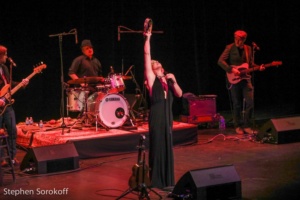 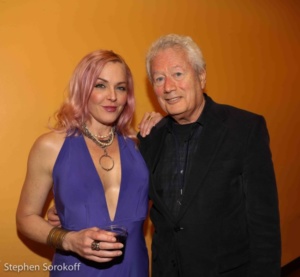 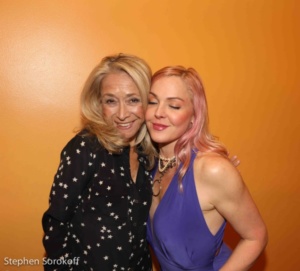 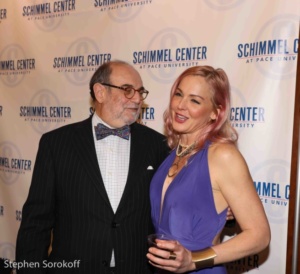 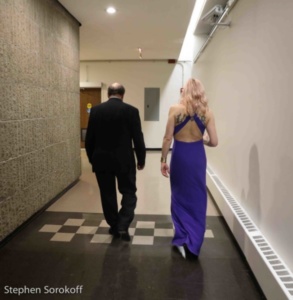 (For complete photos of Storm’s show go to BroadwayWorld.com)