Ted Chapin, President & Chief Creative Officer of Rodgers & Hammerstein and the Producer of Lyrics & Lyricists recently sat down with correspondents Jamie deRoy and Stephen Sorokoff to talk about the highly popular series at the 92Y.  Check out this fascinating interview (Video)

Coming up at the 92Y Lyrics & Lyricists

Known as “Mr. Entertainment,” Sammy Davis, Jr., had the kind of career that was indisputably legendary, vast in scope and scale: song-and-dance man, Rat Pack member alongside Frank Sinatra and Dean Martin, Tony-nominated actor…. And yet, his life was complex, complicated and contradictory, as he strove to achieve the American Dream in a time of racial prejudice and shifting political territory. Lyrics and Lyricists™ explores the music that expressed the soul of this inimitable artist with Yes I Can: The Sammy Davis Jr. Songbook, featuring a diverse cast of acting/singing/dancing/choreography talents including Harriett D. Foy (Amazing Grace), Jared Grimes (After Midnight), Max Kumangai (Waitress), Matthew Saldivar (Bernhardt/Hamlet) and Betsy Wolfe (Falsettos). Under the artistic direction of Laurence Maslon, Yes I Can journeys through Davis’ remarkable career, looking backward and forward from 1964’s Golden Boy — the Broadway musical that earned Davis a Tony nomination for Best Actor — and following Davis’ struggle for identity and expression in 20th century America with the songs that illuminated the complex stages of his life:  “The Birth of the Blues,” “What Kind of Fool Am I?,” “Mr. Bojangles,” and the one that defined him best, “I’ve Gotta Be Me.”

“This show is not so much a biographical treatment, but a celebration of Davis’ trajectory as an artist,” comments Laurence Maslon.  “Sammy was both canny and bold in his song choices; the songs that he held close and made him famous were manifestations of his journey, from a young song-and-dance man in the 1940s eager to break out of racial stereotypes to the 1950s when he became the first black singer on the pop charts to sing Broadway tunes. In the 1960s, he conquered Las Vegas with the Rat Pack, but then made the huge decision to abandon that lucrative career for Broadway with the groundbreaking racially charged Golden Boy.  The playlist of his career—which highlighted magnificent songs by the Gershwins, Strouse and Adams, Newley and Bricusse—demonstrates the artistry of a superstar who wielded the American songbook to change the world and his place in it.”

Producer Ted Chapin comments on the projections from the original production of Golden Boy: “I reached out to Richard Pilbrow, who was originally credited for the projections, but he explained that his task was to figure out how to project Tony Walton’s brilliant drawings on the back wall of the set. Tony sent me his original designs and offered to have us use them. Thanks to Tony and Richard, our audiences will be seeing some of the actual projections that were used on Broadway 55(!) years ago.”

“No time to sit and dither / While her withers wither with her”—theater’s greatest lyricist is also theater’s greatest wordsmith. Though Stephen Sondheim has written both music and lyrics for some of the finest scores of the 20th century, it’s Sondheim the lyricist we’ll spotlight in this very special L&L show. A genius of dexterity, there isn’t a lyricist in American music who plays with words and language with greater virtuosity or delivers greater delight. From tongue twisters to passages of alliterative wit, we’ll examine how Sondheim puts it all together, as we celebrate the master craftsman with his own brilliant words.

A BEAUTIFUL DAWNING: OKLAHOMA! AT 75

Rodgers & Hammerstein’s first collaboration wasn’t just a theatrical smash hit—it was a game changer. An early dismissal of the show: “No jokes, no legs, no chance,” couldn’t have proved more wrong. Oklahoma! ushered in an entirely new kind of musical, and with it, the dawning of a new era in musical theater. We look at the birth and life of Oklahoma!—what made it a hit, what keeps it a hit. And we examine the groundbreaking show through its classics (“Oh, What a Beautiful Mornin,’ “People Will Say We’re in Love”), uncover songs dropped from the production during its pre-Broadway run (“Boys and Girls Like You and Me,” others), and explore—with fresh eyes—Oklahoma’s! continued relevance 75 years after its history-making premiere which has prompted several new eye-opening productions.

LIVE AND IN LIVING COLOR! SONGS FOR TV

Did you know that the last score Cole Porter wrote was for a 1958 musical created for television?! Music in television goes far beyond memorable theme songs, with such original musicals as Rodgers + Hammerstein’s Cinderella, Stephen Sondheim’s Evening Primrose, Cole Porter’s Aladdin, and others written expressly for the small screen. Original songs were created for special events (“Love and Marriage” for a television version of Thornton Wilder’s Our Town), for variety shows featuring popular singers, and more. Created by co-artistic directors Rob Berman and Chase Brock, and hosted by television’s own Mo Rocca of CBS Sunday Morning, this entertaining look at the role of music in television won’t be available in re-runs—see it “Live and in Living Color!”

Ted Chapin adds his new role to his current position as President & Chief Creative Officer of Rodgers and Hammerstein. During Chapin’s tenure at R&H, he has overseen major productions on Broadway (seven Tony Awards for Best Revival), in London, and around the world, and has encouraged newly created shows including the recent Holiday Inn, Rodgers and Hammerstein’s Cinderella, State Fair, and Irving Berlin’s White Christmas. He has curated three programs at Lyrics & Lyricists, was the co-founder of the Encores! series at City Center and served as chairman of the American Theater Wing. His book Everything Was Possible: The Birth of the Musical “Follies,” was published by Knopf in 2003. His career began as production assistant for the Broadway productions of Follies, The Rothschilds, and The Unknown Soldier and His Wife, and associate to director Alan Arkin on the original Broadway production of Neil Simon’s The Sunshine Boys and the CBS-TV production of Twigs with Carol Burnett.  He is a visiting lecturer at many universities including Pace, NYU, Duke and Yale. 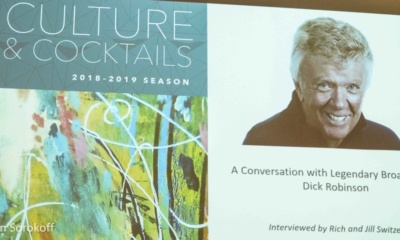 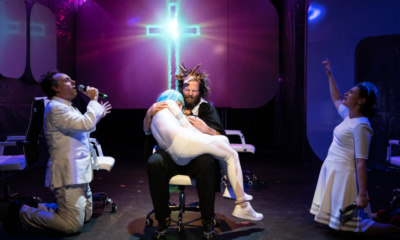 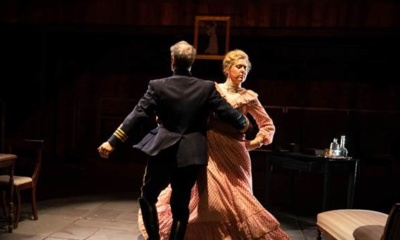 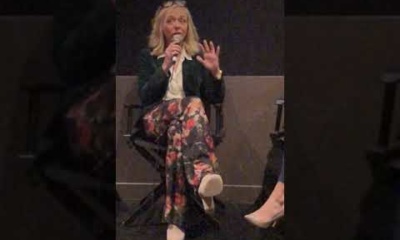 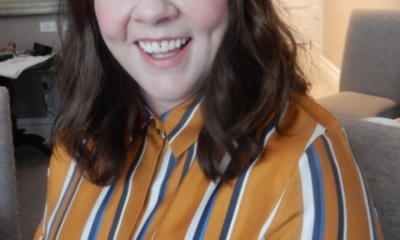 Comedian Melissa McCarthy Reveals Her Serious Actor Self In Her Latest Film, “Can You Ever Forgive Me?”

NYC Party For Primary Stages
My View: Playing at They’re Playing Our Song After Party