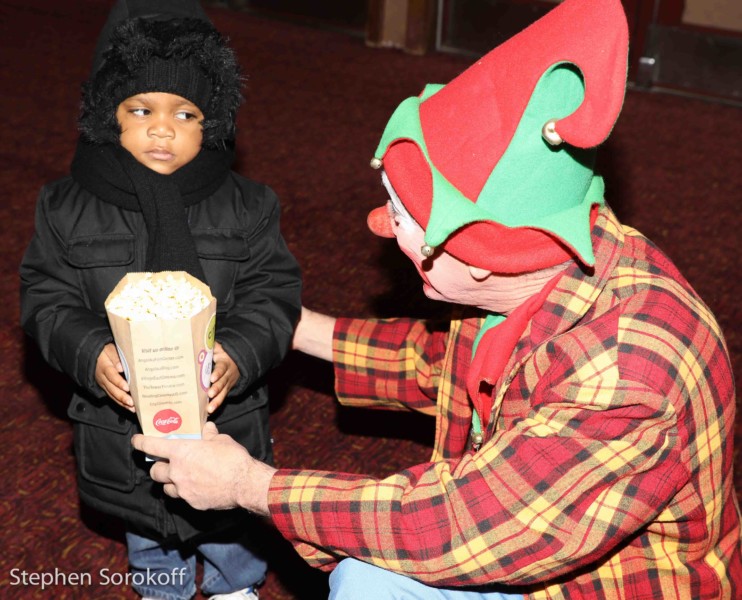 My View: The Friars, A Yiddish Theatre, Santa Claus

My View: The Friars, A Yiddish Theatre, Santa Claus

In 1904 the Friars started meeting ,and in 1918 The Yiddish Art Theatre was founded.  How symbolic that the Yiddish Theatre, now a City Village Cinema movie house was the scene of The Friars Sunshine Committee’s annual morning of Christmas cheer for New York City Children.  The kids are entertained by clowns, are given their early Christmas presents by some famous Friars, and the theatre staff makes sure they have unlimited popcorn while enjoying a movie.  Former Mayor, Friar David Dinkins is always on hand to give the excited kids gift bags, while looking dapper in his double breasted suit and forgoing the Santa Costume.   New York Rangers Hockey great Rod Gilbert, Cal Ramsey, Michael Spinks and  Sunshine Chairman Rinaldo Nistico with members of the Committee also greeted all the youngsters.

Every year The Friars gives out a thousand tickets to the event which are distributed to PAL, Ronald McDonald House, The New York City Dept. Of Parks, Hockey Night in Harlem, CARE NYC and other youth organizations.

I’m sure the Yiddish speaking actors who walked through lobby of this theatre on 2nd Ave. & 12th street in the 1920’s would approve of the Santas from The Friars Club creating such a wonderful morning for the kids of NYC.

As Friar Frank Sinatra said: “ Their continuous good work for charity, rather than their great triumphs on the stages of the world, is the true glory of this band of earthly angels known as the Friars”.

( For another article by Stephen & complete photos of this event go to BroadwayWorld.com) 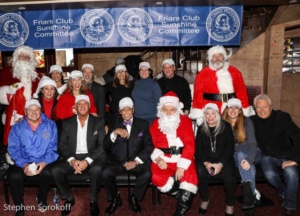 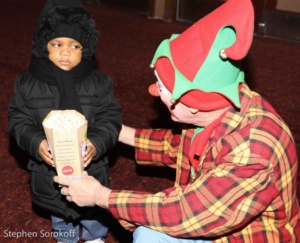 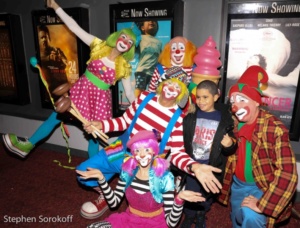 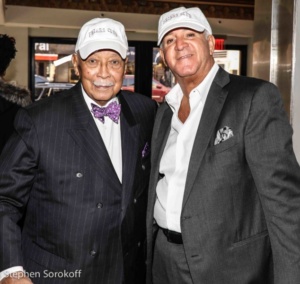 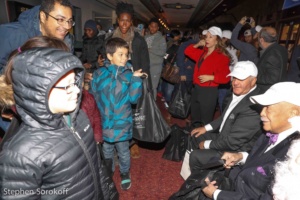 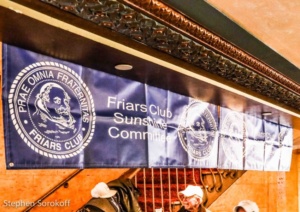 Suzanna BowlingMay 12, 2021
Read More
Scroll for more
Tap
Largest Ever Grant Will Create New Medical Research Facility In Central New York
My View: Billy Stritch “Lucky To Be Me” Lucky To Be Us !