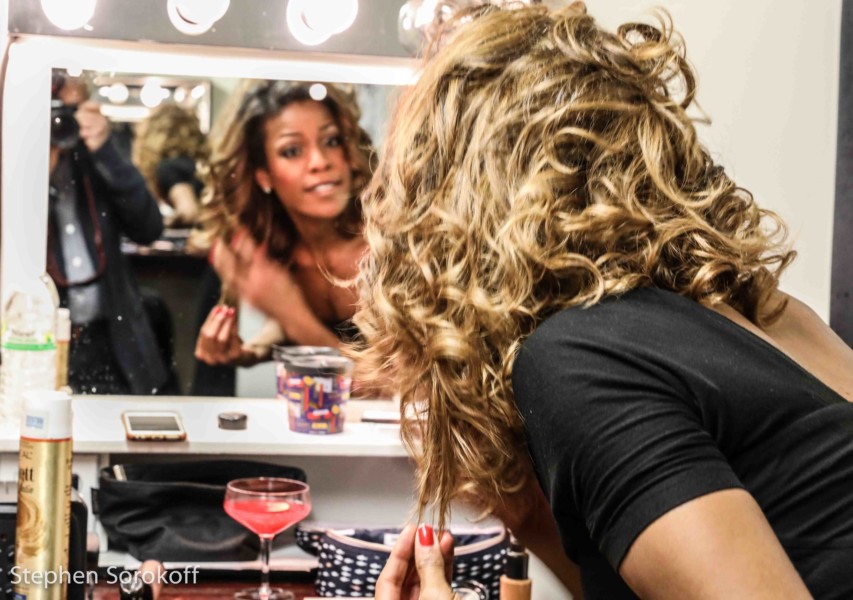 MY VIEW: THE VIEW AND EVERYTHING ELSE IS GOOD – NICOLE HENRY

MY VIEW: THE VIEW AND EVERYTHING ELSE IS GOOD – NICOLE HENRY

Feinstein’s/54 Below is a a chameleon of a performance space because of the eclectic mix of entertainment that is presented on it’s stage.  Broadway is the main theme but sometimes it becomes one of the great nightclubs of the 50’s & 60’s like Basin Street East, The Embers, The Persian Room etc.  Last night it musically became all of the above as Nicole Henry, who exemplifies the greatness of that era enthralled a room packed with fans and Nicole newbies.   Actually, most people become fans before they even hear her voice.  Nicole is like an exotic cocktail that both warms and excites all of your musical buttons and by the time you’ve gotten to the bottom of the glass you’re ready for more.  Her liquefied jazz phrasing combined with a velvety but powerful voice voyaged over many genres during her cabaret show.  From Sammy Cahn/Jimmy Van Heusen, Steve Allen, to George Michael, Chaka Khan and others.  Backed up by a quartet right out of Birdland or The Blue Note her show turned 54 into not only Basin Street East but the club that inhabited the space prior….Casa Cugat.  Remember Cugat’s sexy bombshell….Abbe Lane.      In addition to all of that, Nicole happens to have a great gift of conversation with a speaking voice akin to a seductive FM broadcaster, only in this case you don’t have to imagine how great the mystery voice looks. 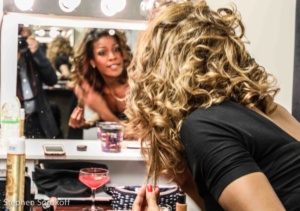 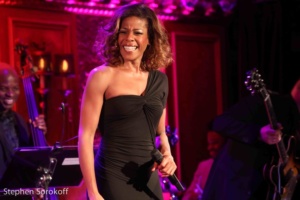 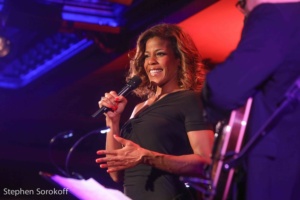 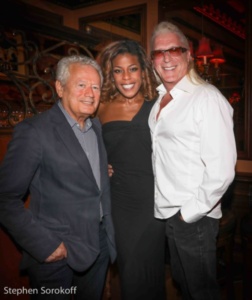 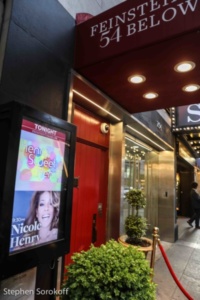