My View: These Kids Got All The Words Right In The 25th Annual Putnam County Spelling Bee

My View: These Kids Got All The Words Right In The 25th Annual Putnam County Spelling Bee

The actors in the NiCori Teen Performance Ensemble may not have spelled all the words correctly in the Corinna Sowers directed production of the Tony and Drama Desk Award winning musical  The 25th Annual Putnam County Spelling Bee, but they sure got everything else right last night in their performance in Montclair N.J.

This show with it’s effortless wit and humor has been charming audiences around the world since it was first spawned at Barrington Stage Company in The Berkshires.  Having been there at the beginning and seen the original cast in rehearsal in Sheffield Ma. it was a delight to see how the magic of William Finn’s score and Rachel Sheninkin’s Book were so expertly performed by this talented group of actors.

Another collaboration by these Tony Award Winners will be premiering this summer at  Barrington Stage Company. The Royal Family of Broadway by Finn and Sheinkin, a new musical comedy based on The Royal Family by George S. Kaufman & Edna Ferber.

Check out the video

(Note to Zoe Gelman:  You didn’t win the Spelling Bee but you won Nana & Papa’s heart) 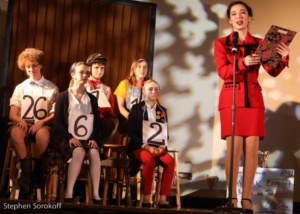 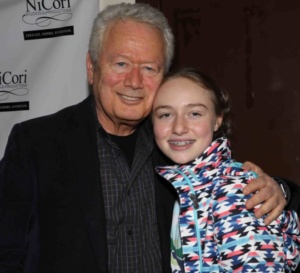 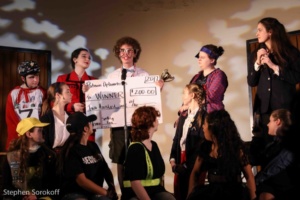 Samantha Bessudo DruckerMay 7, 2022
Read More
Paper Mill Playhouse Makes a Satire Out Of Politics and Those Who Manipulate The Game
Meet The Playwrights of NY WinterFest: Annie R. Such Brings a Slice of Texas To NY