Florida! The spot on the planet known for the launching of men into space was also the place that the Miami Sound Machine was launched in 1977 by Emilio Estefan Jr. featuring vocalist Gloria Fajardo.  The rest as they say is history.  The Kravis Center in West Palm Beach Florida was chosen by the producing team to launch the national tour of  “On Your Feet” the musical based on the lives of 26 Grammy- Award winning Gloria and Emilio Estefan.

The Juke Box Musical, a hit on Broadway a few years ago now has some added multi media effects and an exciting cast which features electrifying performances by Gaby Albo (Gloria) and Samuel Garnica ( Emilio).  It blasted off from The Kravis stage and Dreyfoos Hall where the audience were On Their Feet at the end of the thrilling musical rags to riches tale.     The story is legendary, the music is intoxicating, and the show contains all “ the right stuff”…. “ON YOUR FEET” another perfect launch in Florida! 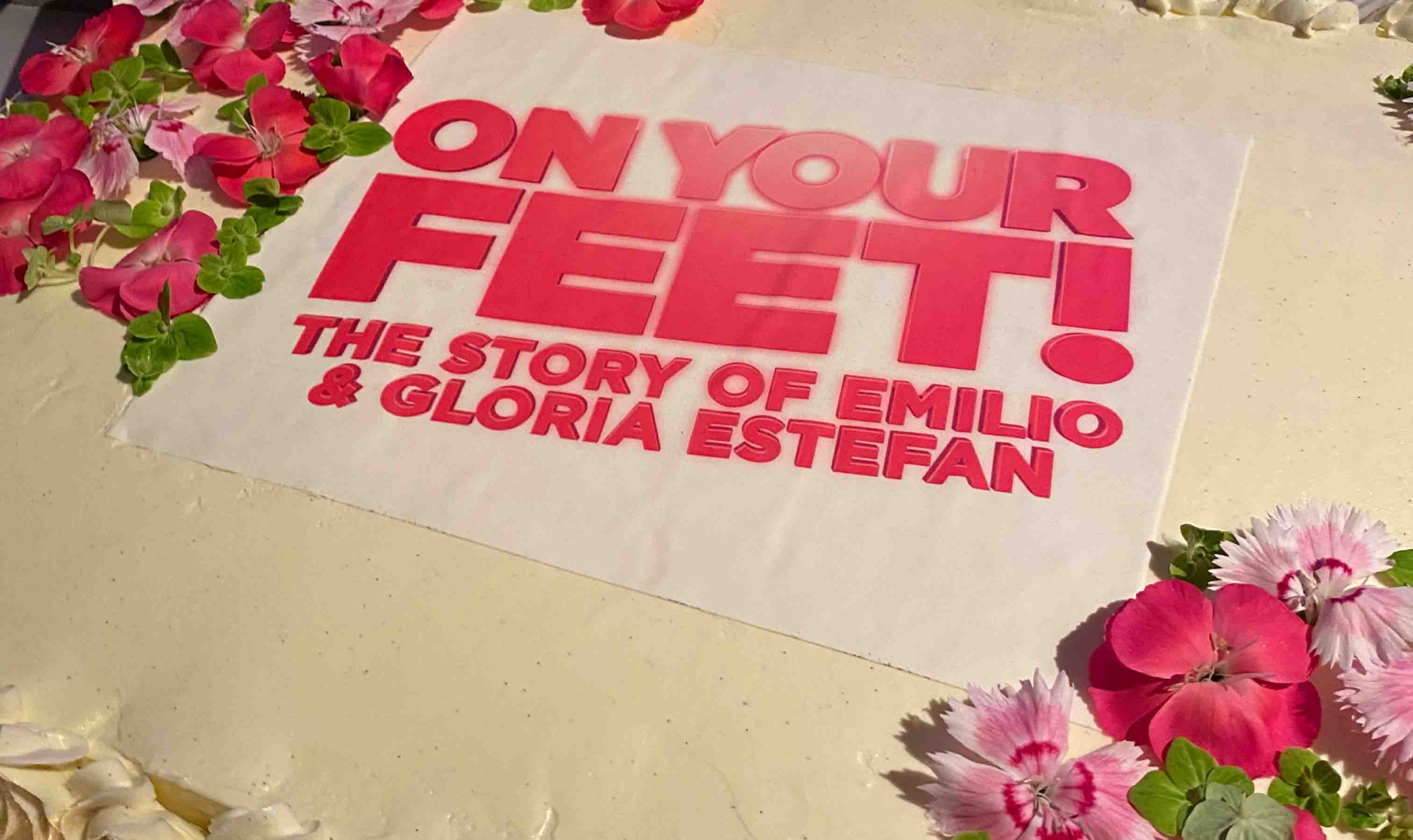 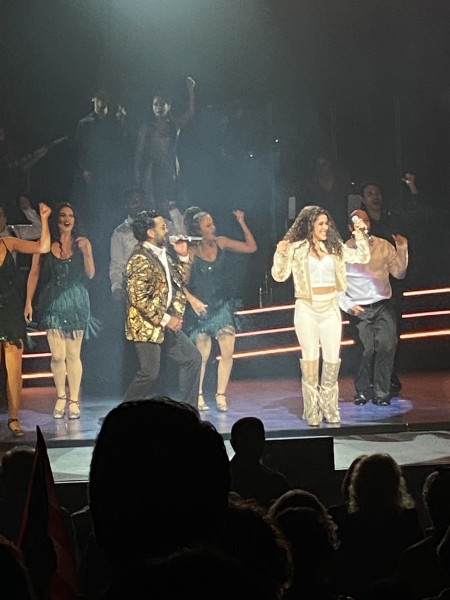 ON YOUR FEET
Curtain Call 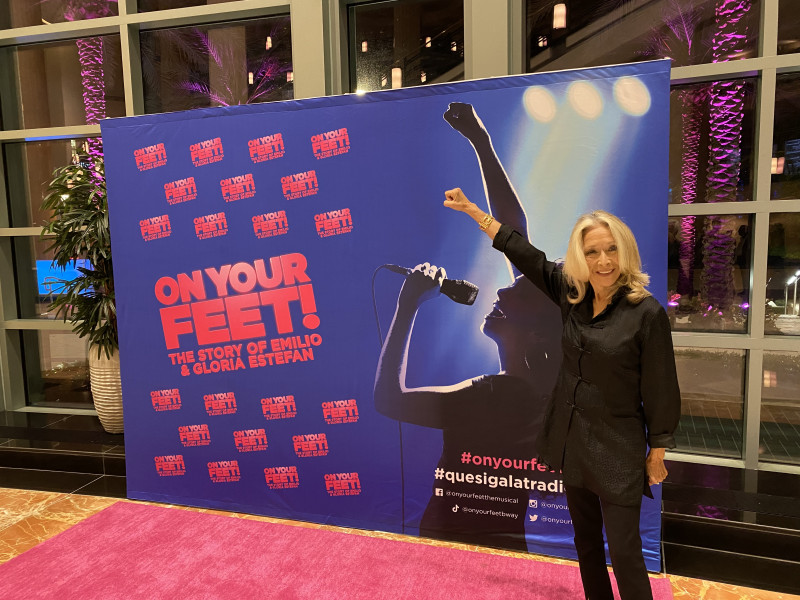 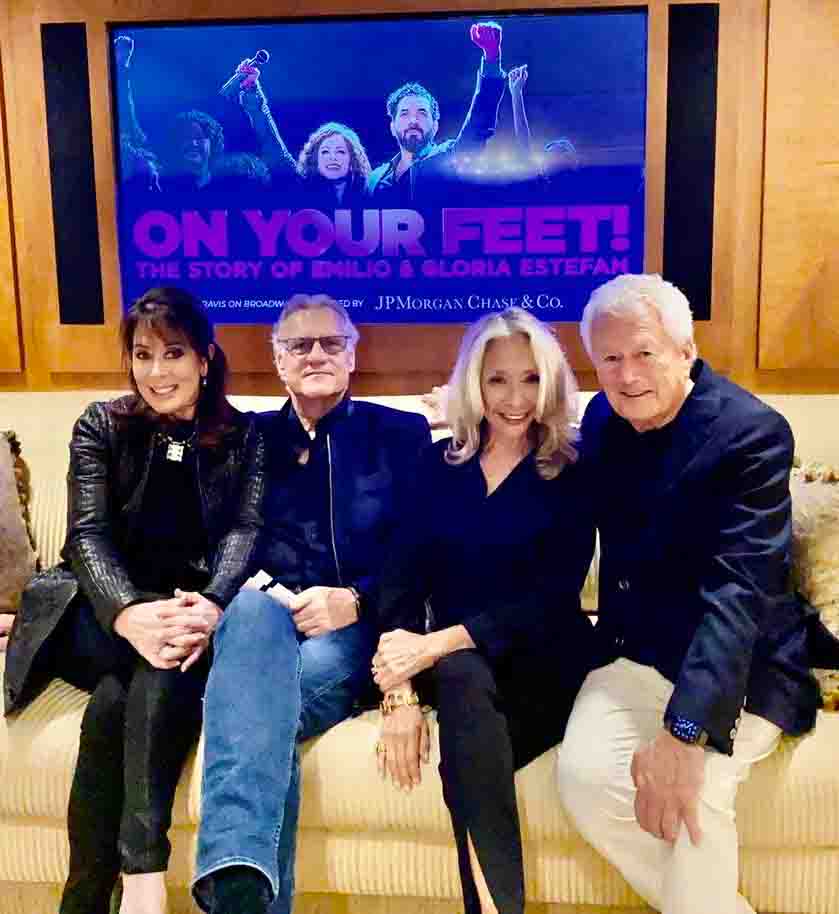 We may be sitting at intermission but we were ON OUR FEET after the show, Catherine Adler, Helmut Koller, Eda Sorokoff, Stephen Sorokoff 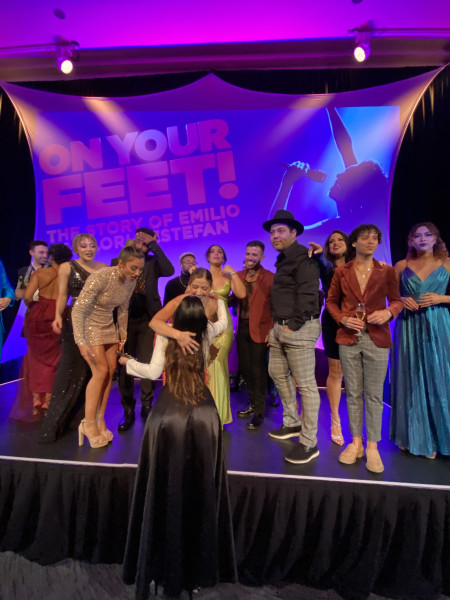