My View: Turn Me Loose – I Laughed So Hard I Cried 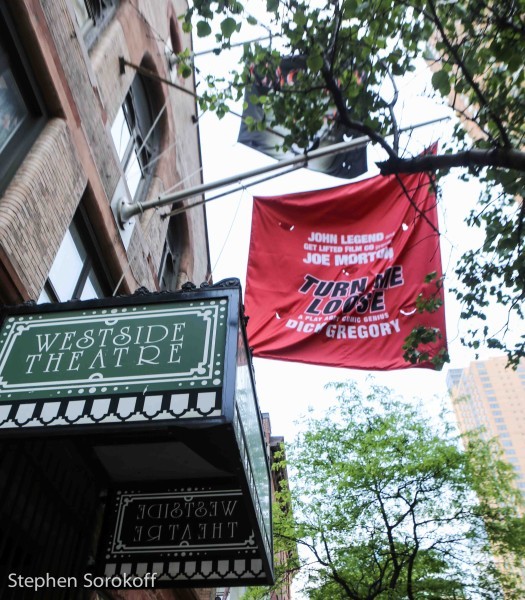 My View: Turn Me Loose – I Laughed So Hard I Cried

It’s a poignant play about the Civil Rights struggles of the 1960’s, dangerous freedom marches with Martin Luther King Jr., and the murder of Medgar Evers. So how come the audience in the West Side Theatre is laughing so much? Turn Me Loose is about the legendary comic Dick Gregory who is brilliantly played by Joe Morton. The ground breaking comedian’s story is told via his stand-up night club routines with the very effective comic delivery of Mr. Morton speaking Dick Gregory’s words. You will shed a tear as the cruelty and injustice of segregation is shown and then your tears will be from the laughter of the genius of Gregory’s humor. “Down south, if you colored and want to vote? They make you take a test. On nuclear physics. In Russian! Then if you pass the test, they say, “Hey boy! You can’t vote! Because if you can read in Russian, you must be a Communist!” That’s an example of crying and laughing at the same time, and it happens throughout this wonderful historical play by Gretchen Law. It’s amazing what can be accomplished with a simple set and one main character. The night club even came complete with an opening corny, but funny comic who opened for Gregory, in the person of John Carlin. He also became a white southern heckler in some of the audiences that Dick Gregory performed for in his early career. I laughed so hard I cried… 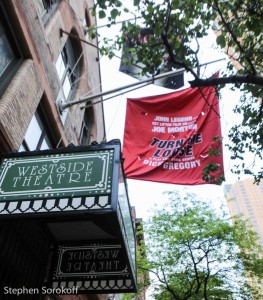 Turn Me Loose
The West Side Theatre 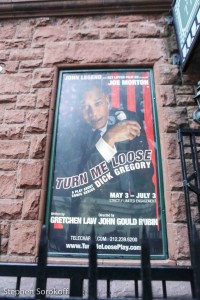