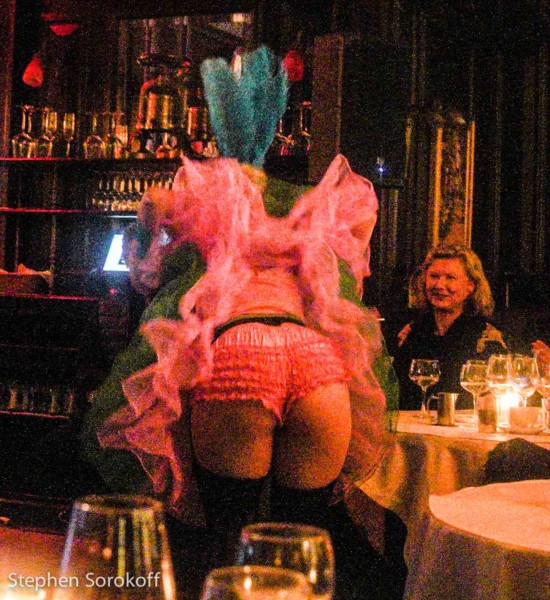 My View: We Were In Paris Last Night

My View: We Were In Paris Last Night

The audience that crowded into the Grand Salon at La Goulue had the best bargain in NYC last night.  Their eyes, ears, and taste buds spent a night in Paris for the cost of a pre-fixe dinner and music charge.  Yanna Avis created an evening of authentic French Cabaret that brings you to the glamorous place and time when the likes of Cole Porter and other artistic Americans lived in Paris.  You didn’t have to speak French to enjoy her show, but it seemed that most  everyone in the room did, as they joined in when Yanna sang PADAM, PADAM, PADAM, and other popular Chansons.  I don’t think most of Yanna Avis’s sophisticated and well dressed fans needed this special price for the experience as many of them have seen her perform in Europe as well.

If a continental, smoky chanteuse comes to mind, then Yanna Avis makes a serious impression. A noted stage and television French actress before she came to the United States, this Titian-tressed chanteuse knows how to land a baby grand with style; her sets, peppered with French, English, Spanish, Italian and German songs sizzle in any time zone. Her unique style of international cabaret has made her a must-see in New York’s most prestigious rooms.

At the invitation of maestro Gian Carlo Menotti, she has performed at Italy’s famed Spoleto Music Festival after Menotti heard her album “Easy Come, Easy Go.” She was the first cabaret performer invited to the legendary festival, and after overwhelming success was asked to return to perform at the “Cafe Chantant” on the Piazza.