My View: You Don’t Need A Passport To Attend An International Film Festival – Just A Pass To The One In The Berkshires 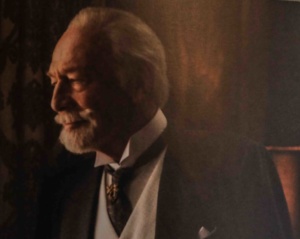 My View: You Don’t Need A Passport To Attend An International Film Festival – Just A Pass To The One In The Berkshires

You don’t have to go to the Cannes Film Festival in France to see the best new movies from film makers and attend  parties and mingle with glamorous and creative people.   It’s happening in the Berkshires at the Berkshire International Film Festival (BIFF).  Kelley Vickery who founded the festival 12 years ago has brought the best of independent film from around the world to  the historic Mahwaie Theatre,  the Triplex Cinema and The Beaconin Great Barrington and Pittsfield Mass. It’s a four day event of great movies, Q&A, discussions, special events, and parties.  This year’s festival paid tribute to Academy Award winning actor, Christopher Plummer. He didn’t need his passport to travel to the Berkshires, just a pass to the BIFF.

It would be easier to list the awards Christopher Plummer hasn’t won in his nearly seven decades of work in film, television, stage and concert halls. Multiple Tony awards, Emmy awards, the Golden Globe, the Genie, Screen Actor’s Awards, Canada’s Companion of Honor, countless Film Critic honors, and of course an Academy Award for a body of work this is nothing less than an encyclopedia of the arts in the 20th and 21st Centuries. And if awards were given for living life to its fullest, Christopher Plummer would hve run out of clever acceptance speeches by now. A legendary rake. A lustful lush. A Classical musician. An adroit raconteur. A world traveller. The drinking buddy of Peter O’Toole and Albert Finney.  He has known, loved, drunk, acted and/or brawled with everyone who is anyone in the past seventy years of international celebrity.  David Edelstein chief film critic of New York & CBS Morning conducted a fascinating and at times very frank discussion with Mr. Plummer on the stage of the Mahwaie before his new movie The Exception was screened.  BTW being at a private dinner and “becoming a drinking buddy” of Christopher Plummer was pretty exciting too.

(For another article by Stephen & complete photos of Christopher Plummer at BIFF go to broadwayworld.com)

(For complete photos of Christopher Plummer at BIFF go to BroadwayWorld.com)