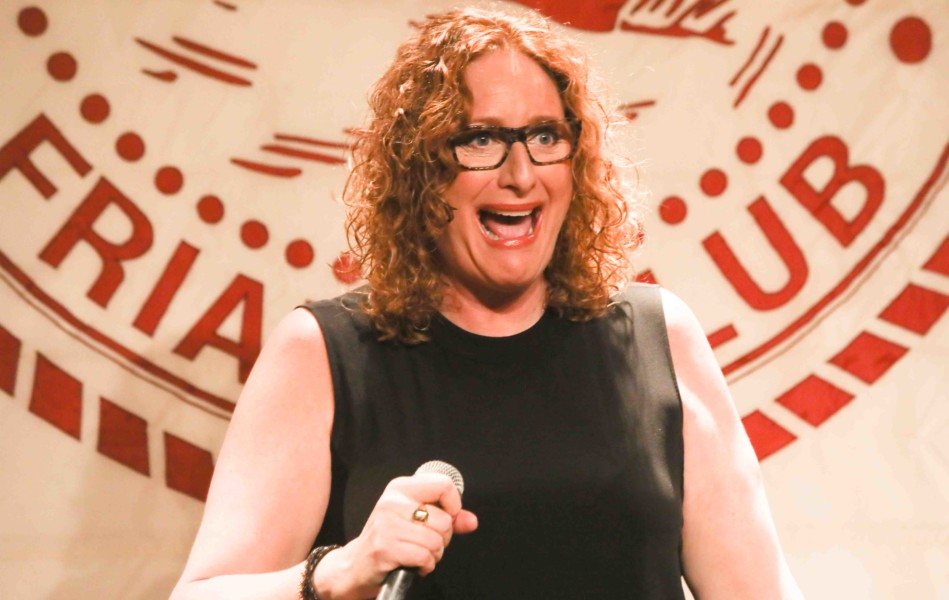 Adrianne Tolsch, the first female House MC at the legendary Catch a Rising Star was remembered at the Friars Club last night and you can only imagine what happens when comics commemorate one of their own in the confines of the Milton Berle Room.  Adrianne’s husband, former Letterman writer Bill Sheft hosted the evening which featured some of his wife’s favorite comics…Maureen Langan, Brian Cichocki, Rose Bennett, Jeff Stison, Cory Kahney, Patty Rosborough, and Judy Gold.  One of the comics remarked that he was daunted having to measure up to the great comics whose photos were looking down from the wall of the club but the overflow audience of Friars did not stop laughing for the 2 hour stand up comedy show.  What happens in the Friars stays in the Friars except for the laughs and good times that stay with you forever.   So with that being said here’s one of the “minor jokes” heard last night from the hysterical Ross Bennett who said, he bought a new mattress and was excited that it came with a 20 year guarantee until he realized it would be his death bed. 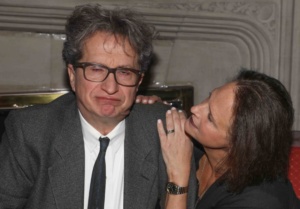 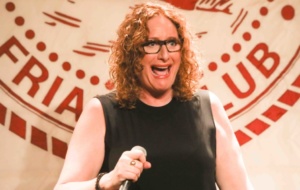 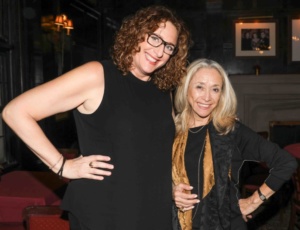 Stephen SorokoffMay 5, 2022
Read More
Scroll for more
Tap
January is Human Trafficking Awareness Month: Do You Know These Facts?
Fun Home’s Emily Skeggs Is About To Show Off Her Shakespearean Jazz Roots