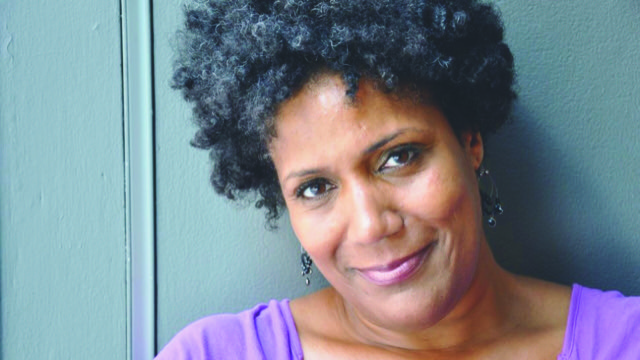 Nancy Giles (Host) is an Emmy Award-winning contributor to “CBS News Sunday Morning,” and was most recently seen Off-Broadway in The New Group’s Good For Otto by David Rabe. She won a Theatre World Award for the satirical musical Mayor; Gracie Awards (Alliance of Women in Media) for talk radio’s “Giles and Moriarty” (w Erin Moriarty, CBS News); was in the ensemble cast of ABC-TV’s acclaimed drama “China Beach” and the sitcom “Delta;” and was in films with director Mike Nichols, Clint Eastwood, and Woody Allen among others. Giles toured with Chicago’s famed Second City; co-created 4 solo shows with director Ellie Covan at her legendary Dixon Place; and has been a long-time volunteer with the 52nd Street Project in NYC. As a regular guest on MSNBC, Giles finds the funny about politics and culture. She hosts “The Mosquito,” a monthly variety show at Dixon Place, and has a cool podcast, “The Giles Files,” on iTunes, Google Play, and Stitcher.

The League of Professional Theatre Women (a not-for-profit 501(c)(3) organization) has been championing women and leading the gender parity conversation in the professional theatre for over 35 years. Since its founding, the LPTW’s membership has grown to 500+ theatre artists and practitioners of all backgrounds, across multiple disciplines, working in the commercial and non-profit sectors. To increase visibility of and opportunities for women in the field, the LPTW spearheads public programming, advocacy initiatives, events, media, and publications that raise awareness of the importance of nurturing women’s voices, celebrate industry luminaries, preserve the legacy of historic visionaries, and shine a spotlight on the imperative of striving for gender parity and fostering a diversity of expression, both in the theatre world and the world at large. To find out more about how you can support its endeavors, please visit www.theatrewomen.org.

The Sheen Center for Thought & Culture Named after the late Archbishop Fulton J. Sheen, best known for his popular radio and TV ministry in the 1950s and 60s, The Sheen Center for Thought & Culture is a project of the Archdiocese of New York, presenting more than 75 events in theatre, film, music, and thought per season. The state-of-the-art complex has a 274-seat proscenium theater equipped with five-camera high-definition livestream capability and a multi-track recording studio with thirty-two onstage inputs; an 80-seat black box theater; four rehearsal studios; and an art gallery. This facility is the newest arts center in Manhattan in 35 years and a significant addition to the growing artistic community in NoHo/East Village. www.sheencenter.org