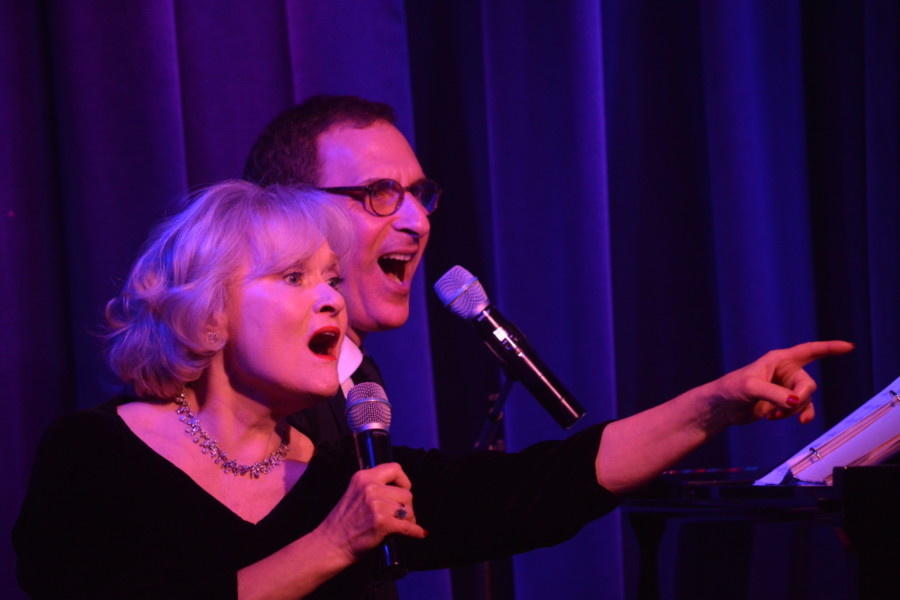 The Great American Songbook was alive and well at the Laurie Beechman Theatre as Nancy McCall McGraw, brought the music and the stories of Johnny Mercer alive. Directed by the incomparable Mark Nadler who lent his energetic voice to some of the material, we were given a true insight into the man and his music.

The show entitled In the Cool, Cool, Cool of the Evening started off with the title number, written with his longtime collaborator Hoagy Carmichael. His other longtime partner in crime was the wonderful Harold Arlen, so it was fitting that Ms. McGraw followed with “Come Rain Or Come Shine”.

With a voice that is not perfect, what Ms. McGraw is, is an actress, reminding me of when I first saw Katherine Hepburn in CoCo. Until that moment I was a snob, even though I was really young. That performance made me realize that it took more than just a flawless instrument to make a song truly be heard. This is where Ms. McGraw excels.

“Have You Got Any Castles, Baby?” (music by Richard Whitting), “If Some Day Comes Ever Again” (music by Alec Wilder) and “Days Of Wine And Roses” (music by Henry Mancini) followed.

Ms. McGraw relates to Mercer due to his Southern roots and her lilt kept the narrative, filled with gems of insight that was oh so charming. I had forgotten that Mercer co-started Columbia Records.

“I Wonder What Became Of Me (Arlen) and “When The World Was Young” (Philippe-Gérard) brought a melancholy mood, but the story of the lion “Frasier” (Jimmy Rowles) brought a laugh.

“Autumn Leaves” (Joseph Kosma), “One For My Baby” and the classic “Blues In The Night” (both Harold Arlen) were standards heard in a poignant way. Like I said McGraw can act.

Judy Garland’s “On The Atchison, Topeka And The Santa Fe” (Harry Warren) was an uptempo gift.

Rounding off the show was “I Walk With Music” (Carmichael), “And The Angels Sing” (Ziggie Elman).

For an encore we got three, “Whistling Away The Dark”, “Moon River” (both Mancini) and “Hit The Road To Dreamland” (Arlen). it was a satisfying way to conclude this journey through the lyrics of Johnny Mercer.

Directed by Mark Nadler, this show was also arranged and musically directed by this virtuoso who added his voice and playing to the mix. Having never seen Ms. McGraw before, I have nothing to compare this to, however the show was well put together. Every song flowed to the next, as the dialogue added that intelligent factor that a Leonard Bernstein “Young People Concert” did. Nadler is so enthusiastic on the piano however that sometimes he over powered Ms. McGraw, whose voice needed a little bit less. If I had to choose a musical director though, it would be Nadler, as he understands a Cabaret arc.

Sadly this show has closed, but hopefully Ms. McGraw and Mr. Nalder will return soon.