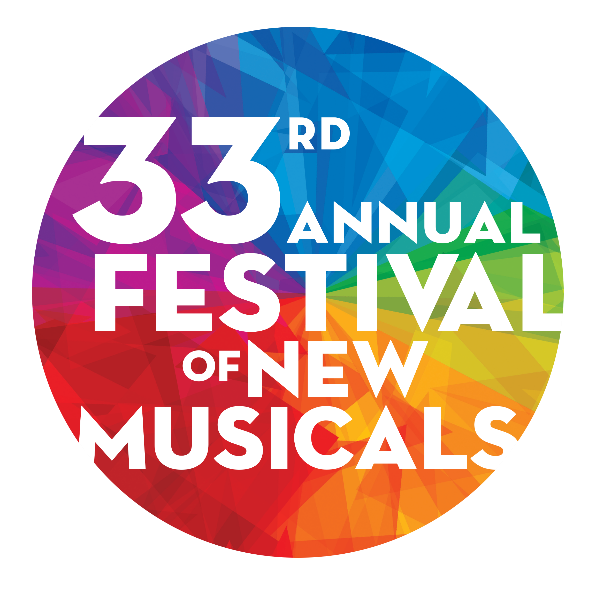 National Alliance for Musical Theatre (Betsy King Militello, Executive Director) is thrilled to announce the line-up of new musicals for their 33rd Annual Festival of New Musicals on Thursday October 20 and Friday, October 21, 2021. This year, NAMT ‘s Festival of New Musicals will be presented as a unique digital and in-person hybrid, allowing wider accessibility for attendees.

Now in its 33rd year, the National Alliance for Musical Theatre’s Festival of New Musicals attracts theatre producers from around the world to discover eight new musicals over two days. Production costs are underwritten by NAMT, which funds the Festival entirely through donations and sponsorships.

The Festival has introduced musical theatre producers to nearly 300 musicals and over 500 writers from around the world. As a direct result of the Festival of New Musicals , more than 85% of the shows presented have gone on to subsequent readings, workshops, productions or tours; been licensed; and/or recorded on cast albums. Some past Festival shows include Come From Away, Lempicka, The Drowsy Chaperone ,  Lizard Boy, Benny & Joon ,  Darling Grenadine,   Ordinary Days, Striking 12, It Shoulda Been You, Interstate  and  Thoroughly Modern Millie , among many others.

NAMT will film live presentations of all Festival musicals this year. Those presentations will then be screened at an in-person event on October 20 and 21. Members of the industry are invited to attend the screening, where they can also meet the writers, or they can view a livestream of the presentations, which will be presented in collaboration with Broadway On Demand. Because seating at the live event will be strictly limited, the public can access the streaming portion of the Festival by making a small donation to NAMT.

Festival registration will begin later in July at namt.org/festival.

This year, committee of 15 theatre professionals selected eight new musicals out of over 200 submissions. The musicals chosen for the 33 rd Annual Festival are:

Azul (Book by Melis Aker and Tatiana Pandiani, Music by Jacinta Clusellas, Lyrics by Jacinta Clusellas and Ruben Dario). In an epic world of magical realism, Bluebird, an idealist poet, seeks a better life in a new land. Years later, in present-day Jackson Heights, Rita, a composer, struggles to forgive her father, understand her roots and reconnect to a land she has never known. AZUL is a bilingual spectacle, as well as a psychological deep-dive into the immigrant father-daughter relationship. It questions the place of art in capitalism and explores how memory and imagination reshape immigrant identity. The score is a constellation of songs rooted in Latin American folkloric traditions, along with jazz and chamber music.

Fanny and Stella: a f*cking fabulous new musical (Music & Lyrics by Eamonn O’Dwyer, Book by SEVAN). London, 1870s: Frederick Park and Ernest Boulton were unremarkable middle-class boys growing up in Dulwich, who fled their suburban upbringing to live as Fanny & Stella in frenetic Victorian London. A run-in with the law casts them in their own coup de théâtre: the sensational show-trial of the ‘He-She Ladies.’ Dominating the press and scandalizing the nation, the investigation exposed every sordid detail of their wild lives. In a time when simply being themselves made them a threat to the establishment, this ordeal would test their extraordinary friendship and the resolve of an empire.

Little Duende (Music & Lyrics by Robi Hager, Book & Lyrics by Georgina Escobar). In the land of Elflán, life and beauty flourishes. Adelita, an adventurous and curious young elf, is eager to find what lies beyond the horizon. When the evil spirit of La Mancha kidnaps her mother, Adelita is forced to travel north to the land of the Hadaseñas in hopes of being reunited with her again. Little Duende is a musical with the aesthetic tones of Pixar’s Coco and Guillermo Del Toro’s Pan’s Labyrinth . With fairy tales and mythological themes, this musical comments on real-world matters as it explores the border crisis, dual-citizenship, and the consequences of a family secret.

Māyā (Book & Music by Cheeyang Ng, Book & Lyrics by Eric Sorrels). Māyā is many things: it’s a philosophy of Hinduism; the idea that the world around us is really an illusion; and a girl’s name. Set in the British Raj in 1930, Māyā is the story of a struggling poet in need of an awakening, not unlike India herself. When Gandhi’s non-violent Independence Movement arrives on Māyā’s doorstep, she is thrust into one of the most turbulent political climates in history. When she commits herself to the cause, she begins to shatter the illusions that have been deceiving her to discover the difference she’ll really make.

Missing Peace (Book, Music & Lyrics by Kalani Queypo and Kyle Puccia). Chase wakes up from a coma, his past a blur. To his family’s surprise, Chase is happy and free until the dark memories begin to flood back like quick cuts of a movie trailer that just don’t add up. As Chase grapples with his attempted suicide, bad choices he’s made and the people he’s hurt along the way, he begins to work through his pain and heal relationships with those he loves the most.

Private Gomer Jones (Written by Marshall Pailet). 1914. Young Gomer Jones has ambitions to join the Welsh army. But since he’s lost his hearing, he needs the help of a nurse with ties to the Deaf community to fake his way past the recruiters. And so begins Gomer’s journey as a deaf soldier pretending not to be a deaf soldier. He loses friends, his moral compass and his humanity. And then, through a series of moments in an increasingly senseless war, he finds himself again. When he returns to Wales, his sense of purpose has been decimated. But hope for a humanistic life has been found.

Senior Class (Book, Melodies & Lyrics by Melvin Tunstall, Music by Greg Borowsky). When the Senior Class Musical production of My Fair Lady is canceled due to budget cuts, two theater nerds in Harlem convince the school to do a one-night-only, royalty-free staging of Pygmalion . When they meet a subway dancer named Alizé, art begins to imitate life as they try to transform her into their perfect Eliza Doolittle. However, this new modern-day Eliza schools them all as she proves she can Doolittle and so much more.

TL;DR: Thelma Louise; Dyke Remix (Book & Lyrics by EllaRose Chary, Music & Lyrics by Brandon James Gwinn).. TL;DR: Thelma Louise; Dyke Remix is a fantasy-driven, irreverent, rocking meta-analysis of queer women in media that asks, “why do strong female characters always gotta die?”. The cast and band, made up of six queer folks, defies the traditional cis, white, femme, skinny, able-bodied, male gaze-inspired concept of queer women in media. We start with T and L suspended in mid-air over the Grand Canyon – they promptly make out and then, with the help of their newfound queer community (The Band), seek a queer future that has never been modeled for them, the happy ending they deserve.