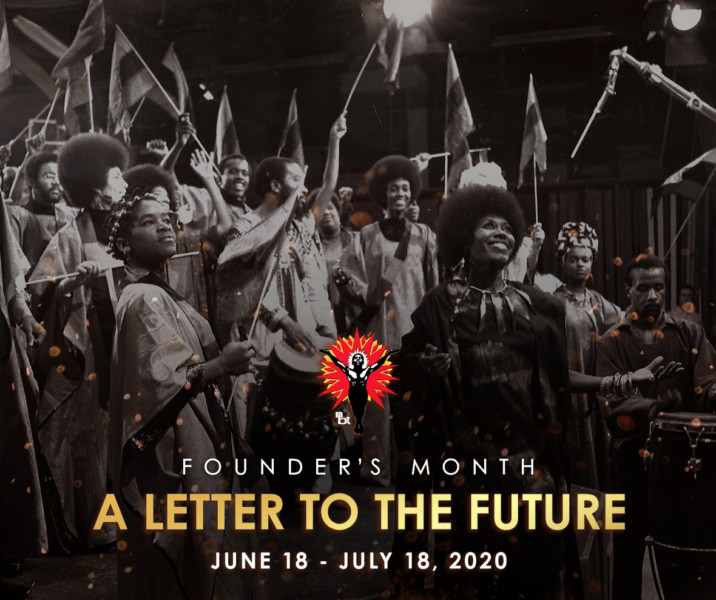 Harlem’s historic National Black Theatre (NBT) is hosting an annual salute to its founder and CEO emerita, the late Dr. Barbara Ann Teer, with NBT’s Founder’s Month, a month-long celebration of Teer, Black theater and community. Running through July 18th. She instilled in NBT when she created it in 1968 in the midst of the Black Arts Movement, by releasing Teer’s “Letter to the Future,” a message the theater titan wrote to people of African descent living in the future which has never before been released in its entirety. You can watch a special audio-visual sound collage of the letter here. Along with a newly commissioned audiovisual sound collage with original score by Ricardo iamuuri Robinson (aka La’Vender Freddy) featuring the theater legend can be seen on Instagram or at www.nationalblacktheatre.org

Teer’s missive is eerily prescient as she conveyed her hope that her fellows would have moved the discourse about Black people as “underprivileged” and “culturally deprived” to one in which their beauty, grace and humanity is recognized. In a modern world now reckoning with the racial imbalances and injustices highlighted by the COVID-19 emergency and renewed civil rights protests, Teer’s words from nearly 30 years ago could not be more timely.

Throughout the month, NBT will present the new virtual series NBT@ Home: A Letter to The Future. Running every Thursday from June 25 through July 16 at 5:30 pm ET on Facebook Live, the series will feature moderator Chelsea Dee in conversation with artists and thought leaders including writer Adrienne Maree Brown, choreographer-dancer Ebony Noelle Golden, Pastor Kyndra Frazier, musician Toshi Reagon, playwright Mfoniso Udofia and many more.

The National Black Theatre (NBT) is a nationally recognized cultural and educational institution. Dr. Teer pioneered “the healing art of Black theater as an instrument for wholeness in urban communities where entrepreneurial artists of African descent live and work.” In 1983, Dr. Teer expanded the vision of NBT by purchasing a 64,000-square-foot building on 125th Street and Fifth Avenue (renamed “National Black Theatre Way” by local law in 1994). This was the first revenue-generating Black arts complex in the country, an innovative arrangement through which for-profit businesses who shared NBT’s spiritual and aesthetic values rented retail space to subsidize the arts. Out of her vision, NBT houses the largest collection of Nigerian New Sacred Art in the Western hemisphere and is considered the authentic representation of a model whose time has come. NBT is supported by grants from the Ford Foundation, New York Community Trust, Time Warner Corporation. Howard Gilman Foundation, Jerome Foundation, Andrew Mellon Foundation, City Council of New York, City of New York Department of Cultural Affairs, Columbia Service Society and private donations.

For more on NBT’s Founder’s Month and its programs, and the launch of their VISION Forward Fund Campaign. go to www.nationalblacktheatre.org/donate.