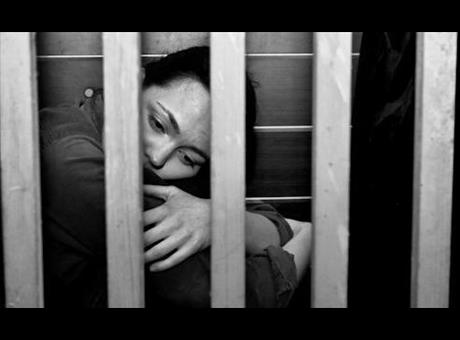 Natural Life Who Decides Our Fate

Natural Life Who Decides Our Fate 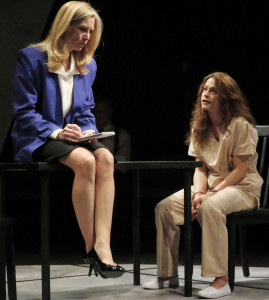 “My choice is death by slow deterioration or death by lethal injection, fast and, hopefully, painless. To die quickly or slowly … For all intents and purposes, my life is over.”

Eduardo Ivan Lopez’s play, Natural Life, at the T. Schreiber Studio starts off stilted, but ends up creating charters and themes that make us want to question.

Stating that Natural Life draws inspiration from a true story and historical facts, I am not sure I believe that, as both my guest and I tried to research this girl’s story and could not find it.

In Natural Life, we meet Claire McGreely (Holly Heiser), who has spent most of her life in one kind of prison or another. Raised by her grandmother (Noelle McGrath), she was raped at 5 by her uncle, alcoholic by age 11 and a prostitute by 14. The abuse continued, when she married Virgil (Joseph D. Giardina), who is abusive and violent. She is awaiting the execution for the murder of her husband. Wanting her story told correctly Claire contacts the local news anchorwoman Rita Hathaway (Anna Holbrook) and offers her an exclusive interview. She reveals to Claire that she is canceling her attempt at an appeal stating, that living the same life day after day is intolerable and she is finished.

As Rita learns about Claire’s life in flashbacks, she decides that Claire’s life is worth saving. She goes to Gov. Ben Dushane (Bob Rogerson), who has the last say in Claire’s fate. Rita has a past with the Gov. that gets revealed to early on in the play. Rita’s television station, executive Dan Coleman (Don Carter) wants to replace her and bring on a local radio personality.

Heiser’s portrayal is strong, unflinching and powerful. By the time the play ends we know exactly who this women is and we feel her pain, disillusionment with the world and the hopeless that has made her choose the circumstances that lead her to this point. By the end, one of the questions becomes would we have been as strong as Claire to last this long. As Rita, Ms. Holbrook, creates a likable and believable newswomen who’s intelligent and drive is the opposite of Claire. The two are mirror opposites of what one can achieve when one is allowed to grow up feeling safe.

Jake Turner’s direction is interesting and almost cinematic as he keeps the whole play moving, as if on a carousel of life. He utilizes the space with screens built into the walls for the purpose of flashbacks, which leaves us feeing as if our entire lives revolve through media. For such a black box space Pei-Wen Huang-Shea (sets) and Andy Evan Cohen (sound and video design) become the local news, prison surveillance cameras, videogames and a voyeuristic look at society.

The script starts off with so bad language, which was unnecessary. It wasn’t until we got to the prison and the meetings between Claire and Rita that the show became alive. Once that happened the flashback became powerful and we were drawn in. This subject matter is compelling. The question of who gets to decide when we live and if we die is personal and Rita over steps those bounds thinking she has the right to play God. When Claire finally makes peace with her decision she is sentenced again to a crueler fate than what she was sentenced to or deserved.

This play is definitely worth a look and will be the topic of several conversations.