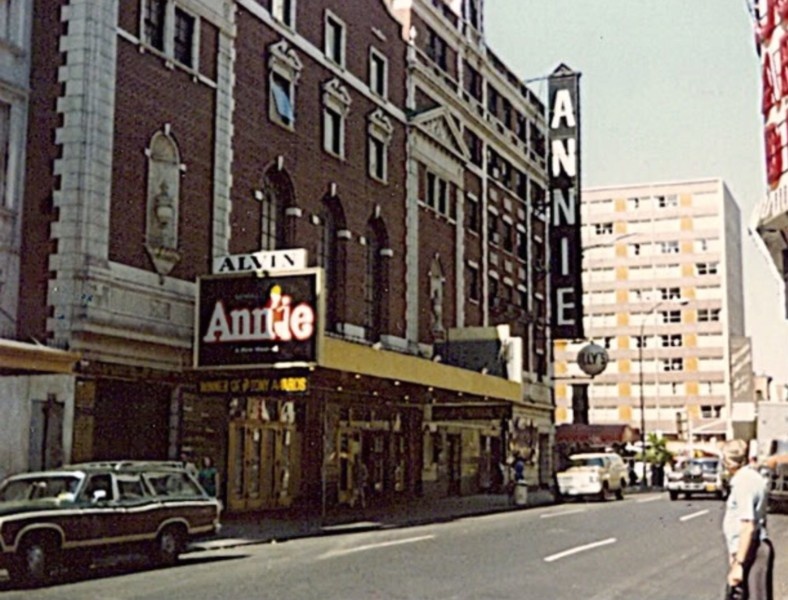 The lights at the Neil Simon Theatre will dim tonight at 7:45 pm in memory of Annie lyricist and director Martin Charnin. His iconic musical premiered at the theater in 1977. The Cher Show is currently playing there.

On April 21, 1977, the original Broadway production opened at the Alvin Theatre – now the Neil Simon Theatre – and starred Andrea McArdle as Annie, Reid Shelton as Daddy Warbucks and Dorothy Loudon as Miss Hannigan. Produced by illustrious film director, Mike Nichols, the original production closed on January 2, 1983, after an astonishing 2,377 performances, making it the third-longest running musical of the 1970s. Annie spawned four different national tours and dozens of international productions during its Broadway run.

Charnin, who died July 6 at age 84, shared a Tony Award with Annie composer Charles Strouse for Best Original Score, and was nominated for his direction of the musical.

“Martin Charnin’s words and lyrics touched generations including countless theatregoers who can proudly say that his work introduced them to Broadway and paved the way to a life of attending shows,” said Charlotte St. Martin, President of The Broadway League. “His creativity, enthusiasm, and dedication to the industry have had a lasting impact and his work will continue to delight audiences for decades to come.”

Suzanna BowlingMay 15, 2022
Read More
Scroll for more
Tap
Applications are Open For NYC Women’s Fund for Media, Music and Theatre
Broadway in Bryant Park Kicks Off Opening Day With Be More Chill, King Kong, Bat Out of Hell! and More