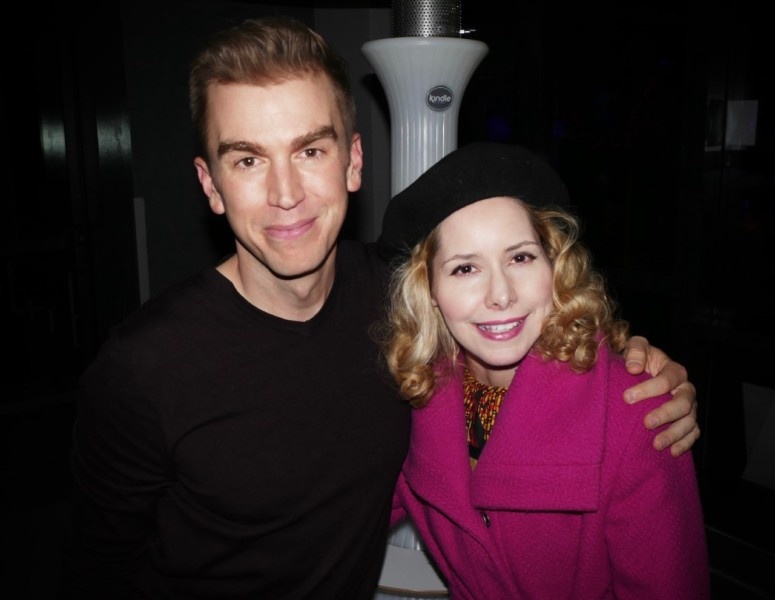 Broadway’s newest intimate concert venue – has announced that acclaimed singer and songwriter Spencer Day will welcome Nellie McKay as special musical guest for his show on Friday, March 22 at 7:00 PM. Spencer says, “Nellie has been one of the songwriters I have admired most for over a decade, and I am thrilled to share the stage with her later this week.” Next month he will continue his residency of packed houses and critical raves with another show, Friday, April 26. The unique #1 Billboard charting pop/jazz performer who has appeared at venues from Lincoln Center to the Hollywood Bowl is headlining regular performances at the club, providing him with an opportunity to showcase his humor as well his diverse and eclectic original songs. The shows will include material from his recent album Angel City and a preview of his upcoming Broadway-based collection of Rodgers & Hammerstein (“Bali Ha’i”), Lionel Bart (“Who Will Buy”), Jerry Herman (“It Only Takes a Moment”) and more.

The video for Angel City’s first single, “72 and Sunny,” debuted on People.com, which praised the “the song’s bright, hopeful lyrics with retro-themed visuals.” He recently performed the song live on Fox TV’s “Good Day New York.” The album’s second single, “Angel City,” was the #1 Most Added track this week from the Billboard Contemporary Jazz Chart, in addition to being #1 Most Added track on the Groove Jazz Music Chart. Last season his show won a rave review from All About Jazz, exclaiming “whether as performer or composer, Day showed a penchant for shadowy explorations of wayward souls and ephemeral relationships. Each was a modern classic of intimate proportions, wrapped in smoky delivery that lilted through every seamless key change.”

A special remix of “72 and Sunny,” which was recently put into rotation by Sirius XM Chill, is available on iTunes here.

Angel City, Day’s seventh and latest album, was recorded at Capitol Records with the support of the 20 piece Budman-Levy Orchestra. Using the fabled city of Los Angeles as a backdrop, the recording continues Spencer’s meditations on love, fame, narcissism, and how an artist can maintain integrity and authenticity. New Yorkers will be able to find their own parallels in the themes of the songs. The album’s lyrics and melodies reveal something of a stylistic departure from Spencer’s previous records, although you’ll certainly find his unique blend of blue-eyed soul, pop and film noir moodiness from the classic jazz era. Incorporating slices of life from legends and nobodies, the city of dreams is built on projections and fantasy, light and darkness.

Spencer Day performs at The Green Room 42 (570 Tenth Avenue at 42nd Street, on the 4th Floor of Yotel) on March 22 and April 26 at 7:00 PM. The cover changes is $20-25 with $50 premium tickets (which include preferred seating). There is no food and drink minimum. For tickets, please visit www.TheGreenRoom42.com.

When the NYC Music Scene needs to DIY
My View: Steve Tyrell Turning on The Tables at Table 26