Neshama Carlebach Speaks Out About Her Father Rabbi Shlomo Carlebach

Neshama Carlebach Speaks Out About Her Father Rabbi Shlomo Carlebach

Neshama Carlebach, is a musical powerhouse, who is sharing her memories of her father, Rabbi Shlomo Carlebach, as she tells the tale of pain, legacy, and transcendence to “return to where you are born and born again.”For those who don’t know who Rabbi Shlomo Carlebach was, he was a Jewish rabbi, religious teacher, composer, and singer who was known as “The Singing Rabbi” during his lifetime. Carlebach is considered by many to be the foremost Jewish religious songwriter of the 20th century, in a career that spanned 40 years. He composed thousands of melodies and recorded more than 25 albums that continue to have widespread popularity and appeal. His influence  continues to this day. A musical written about his life, Soul Doctor, opened on Broadway August 15, 2013, but it Neshama who carries on his legacy.

After Rabbi Shlomo Carlebach’s death allegations of sexual impropriety were waged against him.

HINENI- I am here.

My friends, I humbly come before you. I am grateful to have this privilege to share what I hope will be a contribution to the conversation we are now engaged in, in this moment of transformation. I acknowledge that who I am – my very name – might make it hard to receive anything I might wish to offer. Still, our tradition teaches us that silence is consent, and I cannot remain silent in the face of so much pain.

I am in this conversation. I am also broken. I see, I hear, I witness.

I have been quiet during this time, in pain, listening, taking it all in. Deeply. Profoundly. Re-evaluating and reassessing perspectives and family relationships can be the most painful thing. I am feeling it all. It has been quite a lot to handle, too much at times. Despite this, I am determined to add my own voice to this process.

These are the realizations I’ve come to and the decisions I’ve made: The essence, my friends, is to be brave, to acknowledge fear and not be paralyzed by it. To be angry and to love anyway.

I hear all that you’ve been saying.

My sisters, I hear you. I cry with you. I walk with you. I will stand with you until that day when the world commits to healing and wholeness for all, for the countless women who have suffered the evils of sexual harassment and assault.

I pledge to walk through this narrow-bridge world with you, listening to your hearts, hearts that sing with pain and strength, resilience and passion, feelings that resonate to Heaven as loudly as any song I’ve ever sung.

It is up to us all to both work to heal from what has happened and also to create, educate and transform the future. It is one thing to seek healing from past wounds, but we must also work to invent a future that empowers all of us to bring holiness to the way we treat each other. This commitment to learn from the pains of our past and honor each other means that there must be a plan of action we all invest in.

I walk on this journey with you. Every fiber of my being is looking for the light to heal our brokenness – mine included – and to see what we can do together to radically change the status quo that for so long has disempowered women, voice, body and soul.

What our world needs today is nothing less than a revolution in the way human beings view and treat each other. 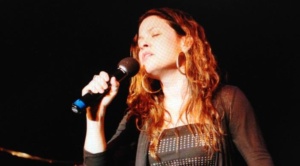 Here are my truths:

It’s so powerful to see how in one moment something can feel like darkness, and in the very next moment (or perhaps even the same moment), that very same thing might feel like the purest light. I’ve watched the music of my father heal someone’s life in front of my very eyes, and I’ve read of how that very same music has triggered deep pain for others.

Human beings are complex, the questions of life are complex, the healing is real, and the pain is real. There is no hiding from all these truths. My father, a soul who saw sisters and brothers cut down by the Nazis, who jumped straight from the insular Yeshiva world of his childhood into the boundaryless free-love world of Berkeley in the late 60s, who revolutionized Jewish music forever and embraced every human being, was complicated too.

Sometime in the late 70s, my father was involved in an intervention staged by women who were hurt by him. He came, even knowing the content of the conversation that was to happen. And when they told him that his actions and behavior had hurt them, he cried and said, “Oy this needs such a fixing.” I do believe that the actions, advocacy work and the way he raised his daughters in the last years of his life showed remarkable listening and personal accountability.

I accept the fullness of who my father was, flaws and all. I am angry with him. And I refuse to see his faults as the totality of who he was.

When I talk about my shifting perspective, I believe it must be said that I do not recognize the version of my father that some people describe. To me, he was the kindest, most respectful, most loving person to my friends and me. I myself witnessed him as a deeply passionate supporter of the role of women as leaders. The year my father passed away, he was taken to Jewish court (beit din) by his own synagogue, furious that he had dared to allow me to sing beside him. Before I even knew that it was important, my father was shouting to the world that women must have the place to share their voices and be heard. He was one the first to support Anat Hoffman and the Women of the Wall. He trained and ordained women as rabbis far ahead of any of the recent advances for women we’ve witnessed during the past decade within Modern Orthodoxy. I don’t believe he understood how his voice would change the fabric of women’s prayer, but I believe that he hoped and prayed that the tides would shift.

That he did not live to see all that would come from these acts of radical love brings me great sadness. What might he have witnessed during these past 23 years since his death that could have pushed him to translate his public commitments to women’s equality into choices he made as a person? Who knows the apologies he might have made, if he might have been granted the chance to offer the public acknowledgements so many only called for upon his passing, if only he had been able to give more years to repair the world around him as a man brave enough to ask for forgiveness. I wish he had had that chance, and that he could have been part of the healing he necessitated, a healing he would have been particularly equipped to offer. I would have had the chance to ask my own questions, and perhaps to hear what he would have said in response.

There is an international debate happening at this very moment over the fate and worthiness of my father’s life and work. I wish he could weigh in. I wish he could respond. I can only watch and assess our broken world. As my father himself said, we have to laugh with one side of our heart and cry with the other. That his life, music and actions prompt both laughter and tears will likely not cease in our lifetimes.

We, as human beings, try to strive for closure. That’s a natural inclination. But to try to find peace and closure with something that will never be clear nor closed has been – and will likely remain – painful and confusing. My choice is to stand here. To not run away.

And this is why we need to sing and hope even more than before. Finding songs to propel us is essential, now more than ever. If there were no songs, we would sing anyway. We’d find a way. My father’s music has been a salve for many and a trigger for others. In the end, those who feel healed by the music I bring – my own and my father’s – will be blessed by that. In the end those who feel that they did not want to include it in their repertoire will not include it.

Those who know me know that my work is about bringing a message of love and transformation. And, indeed, I have infused my own work with some of the words of light and love and hope and meaning that I learned from my father. I continue to spread that meaning and light and love and hope, even as my own eyes, my own perspective, has shifted. Even as I grapple with new language. Of all the challenges I have had to face, this moment is the most painful. And I am grateful. This conversation is more necessary than ever, and I more committed than ever to continuing my work, bringing my voice wherever I can, listening well and sharing of my own heart.

When I was 9 years old, a trusted friend of my father’s, also a rabbi, a fixture in my home, came into my bedroom and molested me. For the child in my heart, who has walked through life in fear since that moment, I thank you all for shifting the tide. Our daughters, our sons, our children, must have a better world. And that, friends, must be our true focus. We must not stop our work, pouring out the music of our souls to rid our children’s worlds of pain, fear, and hunger of body and soul.

Yes, the discomfort is painful. Deeply painful. But we are called to lean into it. We must, if we are to transform the world. Some will sing my father’s music, some will not. But we are all called to sing a better day into being.

My sisters, we have lived too long with the silence that encases our hearts and the sounds of our own sorrows. Today and tomorrow, if we are blessed and if we are brave, we’ll find ways to stand together to make that harmony richer than it’s ever been.

With love, blessings and more than I can possibly express,