A friend recommend “Squid Game” to me. Since it has received so much press on being violent, I thought to check it out. What happened, was that I was so enthralled that I watched all nine episode in secession.

This Korean TV series is Netflix’s top show in the U.S. and the reason why is the cast, the direction, plot and cinematography are all first rate.

This nine-part original series created by Hwang Dong-hyuk, is about a competition with 456 entrants, from all walks of life. For those who play the game there is a $45.6 billion cash prize. What is not stated is there will only be one winner.

Borrowed from children’s games in Korea, what was once innocent turns brutally violent.

We follow Seong gi-hun (the likable Lee Jung-jae) who seems like a total loser. He loves his child, but can not provide. so his ex has control. Unemployed, he takes and steals money from his ailing mother. His gambling addiction has him continually losing. When he is invited to enter a competition with 456 entrants, he is the last competitor.

From the onset there is a violence to this offer. Blind folded Seong is taken to an island where he meets the other contestants. The first game is “Red Light, Green Light” in which more than half of the competitors are gunned down.

Taken off guard the surviving players want out and are given the opportunity to leave. They all end up returning of their own free will due to their circumstances and greed.

Eventually the only way to survive is to team up. Seong bonds with Cho Sang-woo (Park Hae-soo) who he grew up with, a North Korean defector Kang Sae-byeok (HoYeon Jung), Abdul Alia (Anupam Tripathi) a migrant worker from Pakistan and an elderly man with a brain tumor Oh Il-nam (the brilliant Oh Young-soo). As the show moves on you also bond with these characters.

The games continually keep raising the stakes. By Round 3, 80 are left to play “Tug of War” in groups. Next they have to pair up for a game of marbles, the catch is, it’s them or their partner who dies.

In an off shoot of the series a detective breaks into the system, looking for his brother. And in another subplot the harvesting of human organs.

“Squid Game” is a demonstration of the brutality that lays at the core of humanity, against the levels of kindness that is the best in all of us. As well as showing us all the ways the a human soul can come apart.

Spoiler alert: There have been rumors of people who run the world and the wealthy who designed entertainment that uses humans instead of animals. The architect and his friends have become bored with life and want to see if it is possible for people to exhibit teamwork, selflessness, and cooperation. He finds this in Seong, but he is then personally betrayed.

According to the show’s writer-director Hwang Dong-hyuk, “I wanted to write a story that was an allegory or fable about modern capitalist society, something that depicts an extreme competition, somewhat like the extreme competition of life. But I wanted it to use the kind of characters we’ve all met in real life. The games portrayed are extremely simple and easy to understand. That allows viewers to focus on the characters, rather than being distracted by trying to interpret the rules.”

“Squid Game” is addictive, provocative, violent and mind opening. I can not wait for a second season.

You can catch “Squid Games” on Netflix. 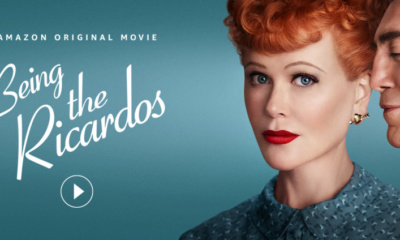 Being The Ricardos Making The Arnaz’s Ho Hum Don’t Look Up Hits Hard and On The Mark, Maybe Even a Bit Too Solidly to Laugh Whole Heartedly At 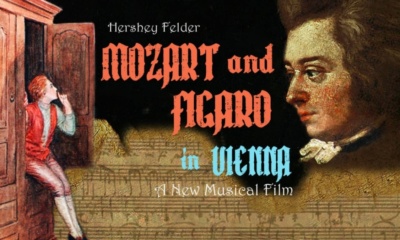 Suzanna BowlingNovember 20, 2021
Read More
Scroll for more
Tap
Could I have Spoken Too Soon? IATSE Members Are Not Thrilled With their Leaders
Streaming the Powerful But Off-Balanced Matriarch in the Societal Backyard