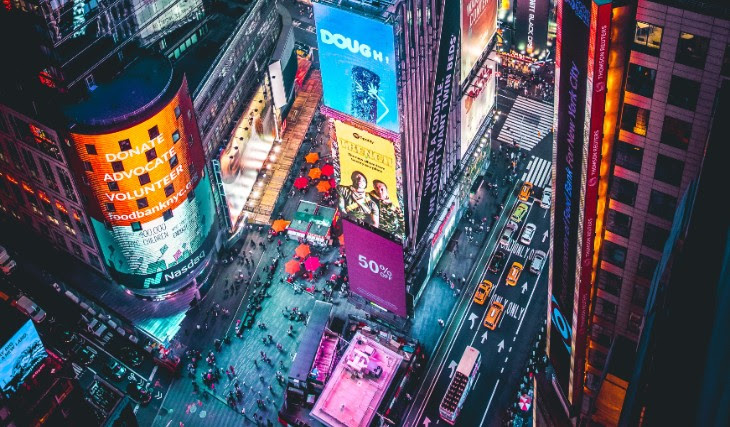 Coming to 160 West 45th Street RiseNY, will open December 15. A first-of-its-kind new attraction that combines museum exhibit galleries with a majestic theme park-style soaring ride where visitors experience the ultimate feeling of flight. Listen to a soundtrack of Taylor Swift’s “Welcome to New York” and Frank Sinatra’s “Theme From New York” to take you on a musical journey.

The city’s first-ever flight simulation ride, RiseNY will thrill as a 46-seat soaring ride – a world-class, state-of-the-art flying theater. Once on board, you will be lifted 30 feet into the air, as guests will hang suspended, their feet dangling as they glide over NYC’s iconic skyline and landmarks while inside a 180-degree, 40-foot projection dome featuring 8K aerial footage that creates the sensation of flight.

RiseNY is created and produced by Running Subway – a New York-based entertainment production company – in partnership with several prestigious cultural institutions, Broadway shows and individuals that serve as co-curators of their respective exhibit galleries. They include the Rock & Roll Hall of Fame, Museum of American Finance, Museum of Broadcast Communications & Radio Hall of Fame, Museum at FIT, Skyscraper Museum, Tribeca Festival, and David Bushman, former head curator at The Paley Center. RiseNY will donate a portion of proceeds from ticket sales to each of the partner institutions.