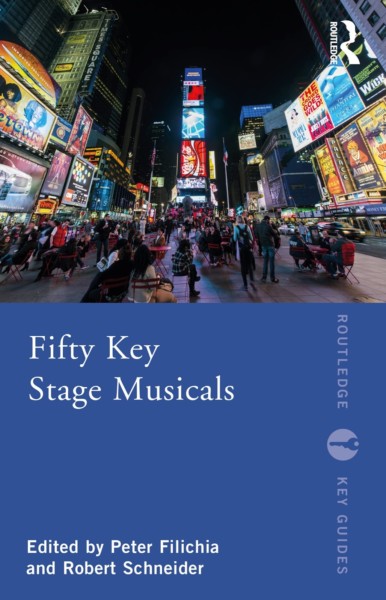 “Fifty Key Stage Musicals is designed to introduce both students of musical theater, as well as its fans, to groundbreaking musicals that moved the genre forward in some way. We hope that this book will initiate a conversation about musical theater’s past and its impact on contemporary storytelling.” Schneider said.

Shows highlighted in the book include traditionally noted landmark musicals Show Boat, Oklahoma, and Hamilton, as well as musicals not typically explored in the discussion of musical theater history, such as Promises, Promises; the 1994 revival of Grease; and Seussical.

Contributors to the book include a collection of artists, historians, and scholars including Jerrell L. Henderson, Peter Filichia, Laura Frankos, Laurence Maslon, Scott Miller, and Susan B. Russell.

Fifty Key Stage Musicals is published by Routledge Press and is available here.

In addition to the book, the Broadway Podcast Network will host Fifty Key Stage Musicals: The Podcast, offering a deeper understanding of each production and can be used by educators and scholars as a supplement to the book. The podcast will be hosted by Schneider and Andrew Child.

Fifty Key Stage Musicals: The Podcast is produced by the Broadway Podcast Network and is available here.