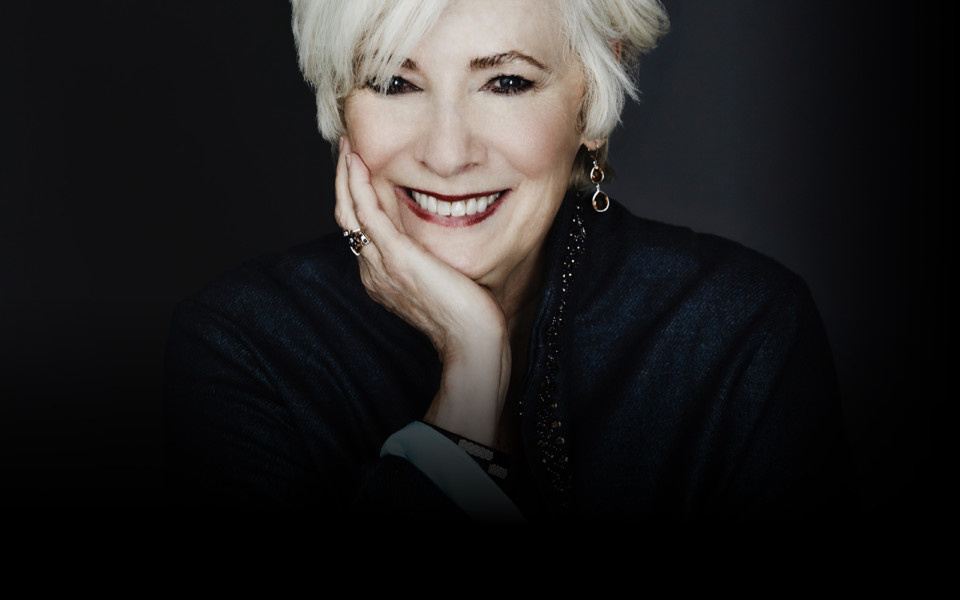 Betty Buckley, the Tony Award winning Broadway legend and proud Texas native and resident, has just released an all-new music video, in which she performs “For the Beauty of the Earth / Jesus Loves the Little Children” with the School of Arts & Enterprise Virtual Choir. The video was created to promote social justice, turn out voters in her home state, and solicit donations for the American Civil Liberties Union (ACLU.org), Save The Children (SaveTheChildren.org), Black Lives Matter (BlackLivesMatter.com); and Voto Latino (VotoLatino.org).

NOTES FOR “THE BEAUTY OF THE EARTH” PROJECT

A group of my artist friends and I have been working for the past several months on creating a video, as our contribution to a remembrance of community that was once committed to love, decency and respect for our fellows.

I grew up as a military brat on Air Force bases around the World. I started school in a two room Quonset hut in Sidi Slimane Air Base, Morocco, North Africa. My Father Ernest Buckley was a Major turned Lt. Colonel in the United States Air Force. Kids of every race and color were my classmates and our neighbors. When I was in the fifth grade my father retired from the military, and we settled in Fort Worth, Texas.

Every Sunday morning we went to the Methodist Church. I sang in the Youth Choir on Sunday evenings. “For The Beauty Of The Earth” is one of my favorite, most beloved hymns. Through the years I have sung it in concerts, recorded live—at my first concert in NYC, a benefit concert of the Homeless at The St. Bart’s Church and, later, for two nights of concerts with my band of wonderful musicians at Alice Tully Hall in NYC, two weeks following 9/11. It was one of the most profound experiences I have ever been a part of, a community sharing the enormity of our grief through music.

I learned “Jesus Loves The Little Children” when I was very young at Vacation Bible School. For me, these two traditional hymns express the heart of Christianity. Over these past months they have played on a loop in my mind and heart. I am so fortunate that these are the lessons of Christianity that I was taught. I took Bible Study classes that focused only on the words of the man Jesus Christ. They were such simple teachings, so pure. Beautifully, and repeatedly, he said“Love your neighbor as yourself.” He didn’t say, just the “white people”.

I think many people in our World today don’t even begin to know the feeling of loving oneself, let alone a neighbor. There is so much pain out there. It is deeply sad how some empty hearted, greedy Mega Churches leaders, high dollar preachers and fanatic evangelicals have told their congregants, “Give me your money and be saved”. They then fill their followers minds with pure hypocrisy and distortion of the simple and beautiful Truths of Christianity.

It is my belief that there are true Christians out there, who are as grieved as I am, bewildered by the propaganda to which they have been subjugated. They have been told to cast their votes for criminals. It is my hope that via the remembrance of the simple truths contained in the beautiful music and lyrics of these two traditional hymns some persons will feel a call to a soul remembrance of Truth.

And it is my hope that the gorgeous faces and voices of the Children of the School of Arts and Enterprise will touch hearts and minds to remember our connected humanity. These children, their teachers and families did these recordings from their homes. It was their first project for their Fall Semester. Their engineer Patrick Copeland mixed all their videos and audio. Thanks to Phil Miller, the head of the SAE School, for working with us.

My collaborator for the past ten years Christian Jacob played piano and keyboards and arranged the music from his home in LA. Bass player Trey Henry recorded from LA. Oz Noy played the guitar in his apartment in NYC. Jamey Haddad recorded his drums and percussion in Cleveland with Michael Siefert. I recorded in the Ft. Worth Sound Studio with engineer Tanner Landry. And Jason Wormer did our final mix from his home in Virginia.

Filmmaker Matt Amato crafted the multi-layered imagery to serve our vision. He kept saying all these months, “It’s about the kids, Betty. It’s about the kids.” We have both held each other up through this process with each new day’s reveal of the cruelty, inhumanity and ugliness happening in our country and on our planet. We have wept and continued, because we feel if even a few people are moved by our project to remember fundamental human values, then we have served as artists doing our part.

Harry Benson said “yes” to our use of his classic Civil Rights photos. His beautiful wife Gigi Benson gave us the black and white stills and Harry’s portraits of Martin Luther King and President Barack Obama from the Benson Archives. Harry has a new book of his Civil Rights photos being released in 2021. It was most generous of him and his publisher to grant us these incredible photos for our project.

Over 200 people have participated in creating this project. If this music and the images in this video touch one person, ten or one hundred, it will have been worth it. There are so many decent human beings ready to help, ready to lead us back to peace, love and respect

for one another. We must stand strong in the Truth of Love to combat cruelty, lack of decency and immorality.

Please donate to the various organizations that are filled with people who care and are helping our brothers and sisters of every color. Thank you to everyone for doing what we can to help all of us to remember the fundamental founding principles of our beautiful nation. #VOTELOVE !

If this video touch one person, ten or one hundred, it will have been worth it.”