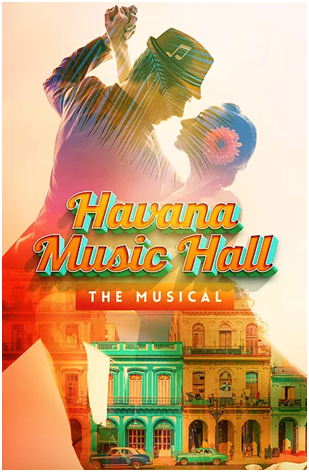 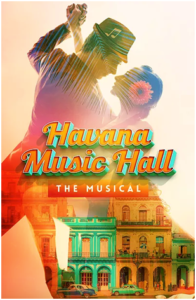 Set in 1958 Cuba, the highly-anticipated new musical tells the story of husband and wife musical team Rolando and Ramona Calderon, who are on the verge of breaking through to the world’s stage when the Cuban Revolution tears apart the only life they’ve ever known.  Almost sixty years later, the couple tries to forget the past in the now-devastated Havana Music Hall, but others won’t let them. Directed and choreographed by Maria Torres (On Your Feet!), Havana Music Hall features a book by Carmen Pelaez (Rum & Coke) and original music and lyrics by Richard Kagan.

Featuring vibrant original songs that will have audiences dancing in the aisles – including “Escape to Havana,” “Place of My Birth,” “Todo Es Bueno en Cuba” and “I Have My Voice,” – this high-energy new musical captures the pain and joy of the immigrant experience like nothing before, bringing audiences inside the famed Havana Music Hall as hearts break and spirits soar against all odds.

“I was always interested in Cuban music and culture when I was younger after studying Spanish in college and visiting Puerto Rico,” said Richard Kagan, creator of Havana Music Hall. “When I first visited Cuba, I was moved by these amazing musicians and hearing stories of what happened to them during the Cuban Revolution. Their stories stuck with me and inspired me to write this musical for all immigrants.”

Actors’ Playhouse Executive Producing Director Barbara Stein and Artistic Director and Havana Music Hall Consultant David Arisco are delighted to bring this exciting world premiere that captures the power of life, the joy of music and the humanity of friends and family to Miami audiences.

Casting will be announced at a later date

Actors’ Playhouse Artistic Director David Arisco will lead a group discussion with the cast following the performance on October 26, 2018 as part of the company’s “Second Fridays” series.