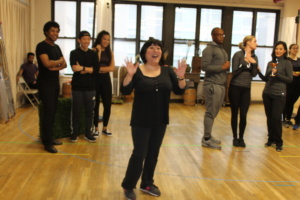 Pilgrims wash ashore in Massachusetts — turning North American life on its ear — in the world premiere production of the new musical comedy, The New World. Performances begin November 7 and run through December 2, with an official opening on November 11 at 7:30 pm. 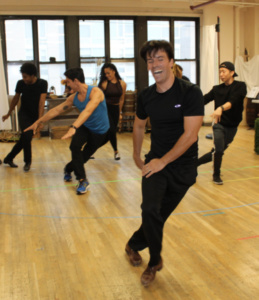 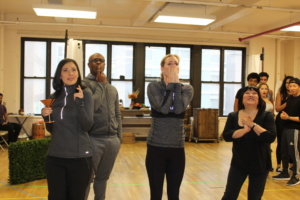 The New World reimagines the myth of the first meeting of the Pilgrims and Native Americans. The year is 1620. The Native Americans are enjoying a gluten free, low carb, artisanally happy life when they are invaded by the nation’s first immigrants — Pilgrims! There goes the neighborhood, but in the tradition of all musical comedies, love wins! 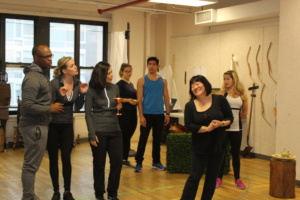 “We’re thrilled to present this original musical comedy developed for and by Bucks County Playhouse.  Our talented creative team has reimagined an important moment in history when love and food brought disparate cultures together and created the great melting pot we call America today,” says Executive Producer Robyn Goodman. 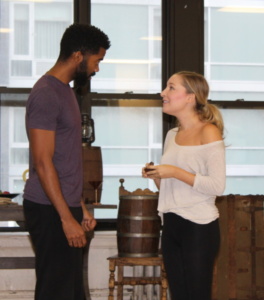 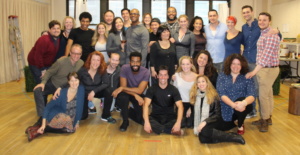 The cast also features Ginna Le Vine (Picnic Off-Broadway). Le Vine is the grand-niece of Oscar-winning actress Grace Kelly, who made her professional stage debut in 1949 at Bucks County Playhouse, where she was a member of its famed apprentice program. She is joined by Clyde Alves (Broadway’s On the Town, Bullets Over Broadway) as Tago, Eddie Cooper (Encores Assassins, Little Shop of Horrors) as Miles Standish, Ann Sanders (Disney’s Frozen and Broadway’s The King and I) as Mrs. Corn, Rod Singleton (Ogunquit Playhouse’s “Ragtime”) as Colonel Corn and Tyler Maynard (Broadway’s The Little Mermaid, Altar Boyz Off-Broadway) as Carl. 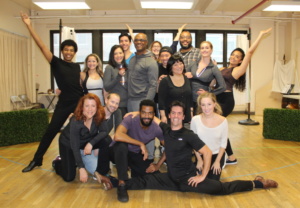 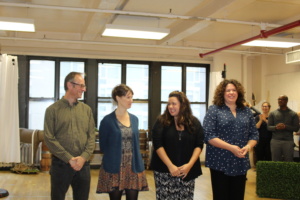 The New World is the third of four world premiere productions presented at Bucks County Playhouse this year. The summer season launched in May with the debut of “Clue: On Stage.” Last month, the Playhouse hosted a world-premiere musical, “Rock and Roll Man: The Alan Freed Story.” The year will end with a new comedy by Gordon Greenberg and Steve Rosen, “Ebenezer Scrooge’s Big Playhouse Christmas Show,” which resets Dickens’ classic tale “A Christmas Carol” in New Hope. 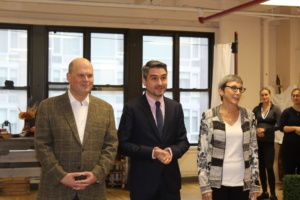 Tickets to “The New World” are on sale now and range from $40 – $75. Special rates for groups of 10 or more. For complete details, and to purchase tickets, please visit buckscountyplayhouse.org, call 215-862-2121, or visit the box office at 70 South Main Street, New Hope, PA. 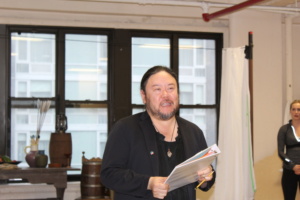 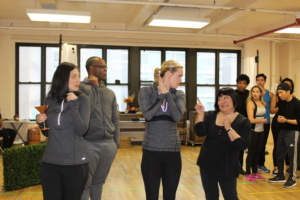