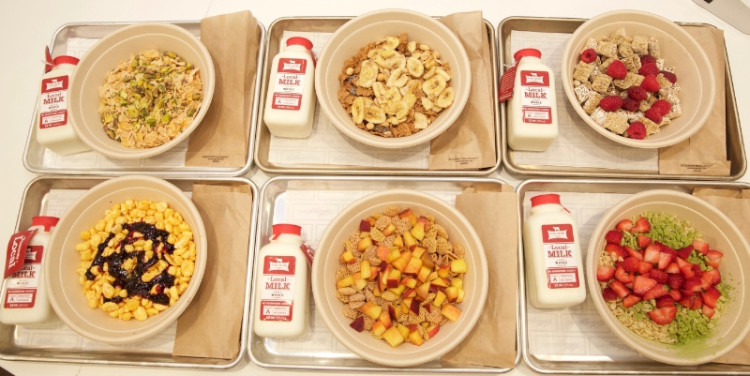 New Restaurant Where Cereal Starts at $7.50 a Bowl

New Restaurant Where Cereal Starts at $7.50 a Bowl 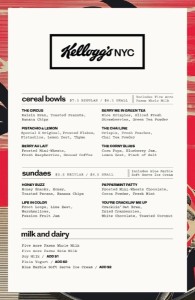 Cereal has been going out of style for a couple of years now, what with the prices soaring  to $5 a box. The sales has been slowly dropping as more and more of your favorite brands disapear. Now  Kellogg’s is planing to up that price as they open a boutique in Times Square on Monday. Expect to pay  $7.50 for a regular bowl of Frosted Flakes and Raisin Bran.

The store will be open from July 4 through July 12, 2016 with limited hours. Doors open at 8AM and close when the milk runs dry. After the grand opening on July 13, 2016, the café begins its regular hours at 1600 Broadway between West 48th and 49th Street, the site of the beloved music store Colony.

To make customers feel ok about their purchase the cafe will also offer prizes like cracker jacks with  occasionally tickets to the Broadway musical Hamilton. My guess is that will be as rare as winning the lottery!

Anthony Rudolf, who operates the store, called stated “It’s not a $16 bowl of cereal that is over-the-top crazy.”

Back in 2012 Kellogg’s dished up thousands of bowls of cereal to hungry New Yorkers at a free pop-up restaurant that was opened from June 24 to 27 that served only cereal and milk. Chef Christina Tosi was in charge of that as well and some of these recipes were on the menu.  More than 4,000 consumers visited the pop-up, ordering nearly 3,000 servings of cereal and milk. The most popular combination was Banana Nut: Special K served with skim milk, a drizzle of almond butter, and fresh banana slices. Let’s see if those same people will fork over cash for the same thing.