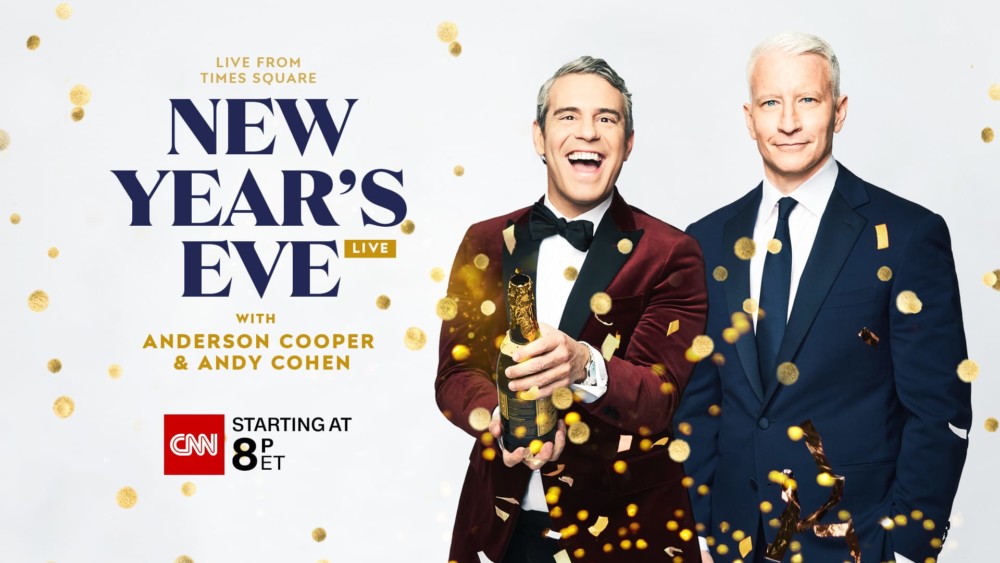 New Year’s Eve Live with Anderson Cooper and Andy Cohen Will Feature The Band’s Visit, Pretty Woman: The Musical, Come From Away and Wicked

New Year’s Eve Live with Anderson Cooper and Andy Cohen Will Feature The Band’s Visit, Pretty Woman: The Musical, Come From Away and Wicked

Anderson Cooper and Andy Cohen will check-in on Broadway’s biggest hits on New Year’s Eve when they ring in 2019 on CNN’s “New Year’s Eve Live with Anderson Cooper and Andy Cohen” airing Monday, December 31st starting at 8pm (ET).  Throughout the broadcast Anderson and Andy will check in with the casts of Broadway’s 10-time Tony Award-winning musical The Band’s Visit, this season’s biggest new hit musical Pretty Woman: The Musical, the winner of Best Musical all across North America Come From Away and Broadway’s long running mega-smash hit Wicked.  They will also check in with the critically acclaimed new comedy musical Tootsie, coming to Broadway this spring.

Now in its 11th year, CNN’s New Year’s Eve show will feature CNN correspondents and Hollywood stars from across the country and around the globe as the world rings in the New Year. Last year’s New Year’s Eve Live with Anderson Cooper and Andy Cohen was CNN’s highest rated New Year’s Eve Special on record.

Viewers can share their reactions to the show and their New Year’s greetings using #CNNNYE and CNN will feature them on the bottom ticker throughout the evening.

CNN will live stream New Year’s Eve coverage, without requiring log–in to a cable provider, on December 31 from 8 pm – 1:05 am ET.

The CNN live stream will be available on CNN.com’s homepage and across mobile devices via CNN’s apps for iOS and Android. It can also be viewed on CNNgo (at CNN.com/go on your desktop, smartphone, and iPad, and via CNNgo apps for Apple TV, Roku, Amazon Fire, Chromecast and Android TV). Watch live CNN TV on any device, anywhere.

Suzanna BowlingSeptember 23, 2022
Read More
Scroll for more
Tap
Top 20 Theatrical Moments of 2018 – On and Off Broadway, London, and Beyond
Catch Broadway Superstar and Tony Award Nominee Adam Pascal In Pretty Woman: The Musical