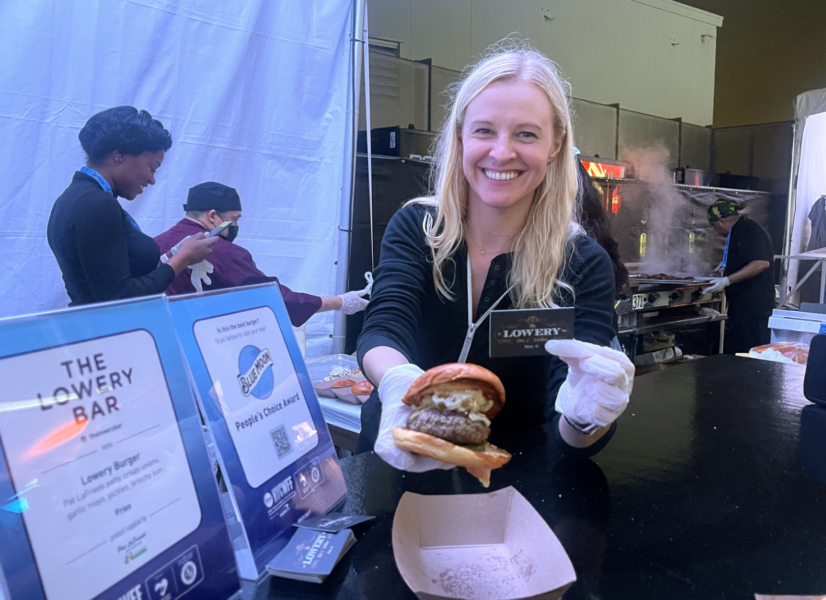 Can we all scream DELICIOUS!!!

New York City Wine & Food Festival is back. The incredible weekend of food and fancy fun came back in style on October 13 with the 15th annual Blue Moon Burger Bash. Heck, it rained, but it sure didn’t dampen the love felt all around for one of the Big Apple’s most beloved events. 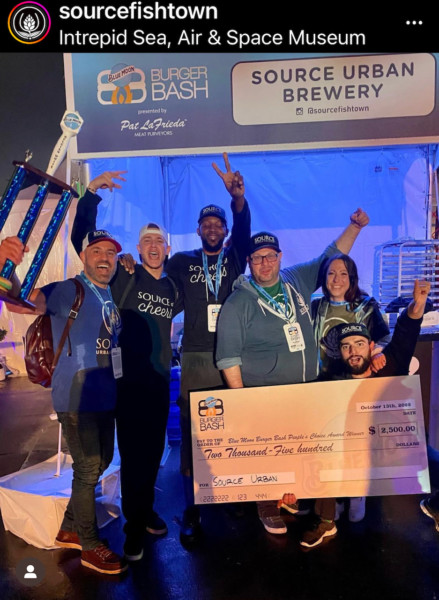 Source Urban Brewery won the big night taking home the honor of a $2500 reward for the People’s Choice Award for Best Burger. 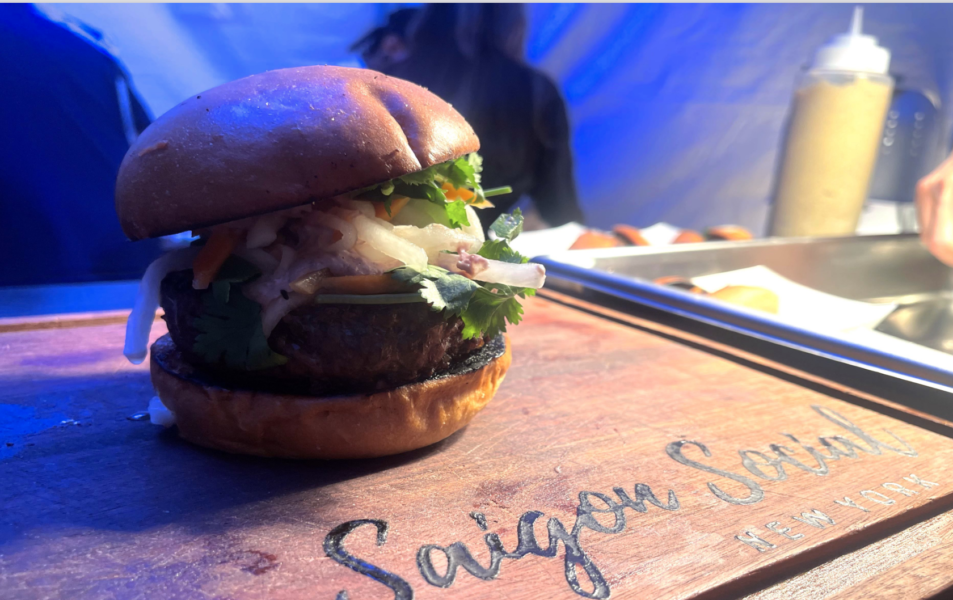 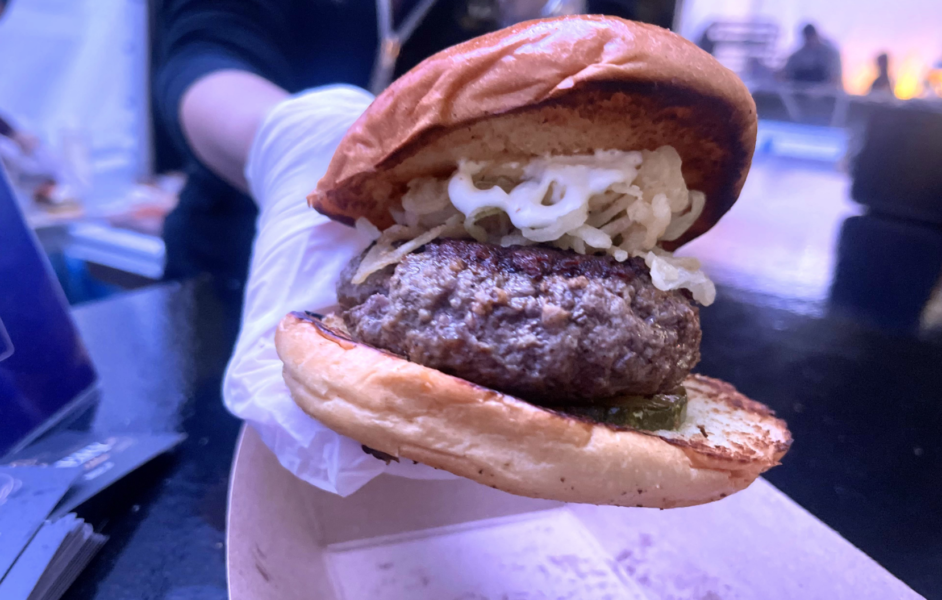 Overt 25 of New York City’s top burger offerings made with Pat LaFrieda’s custom burger blend were served up along with classic sides and sweet treats plus refreshing Blue Moon beer, wine and spirits courtesy of Southern Glazer’s Wine & Spirits. 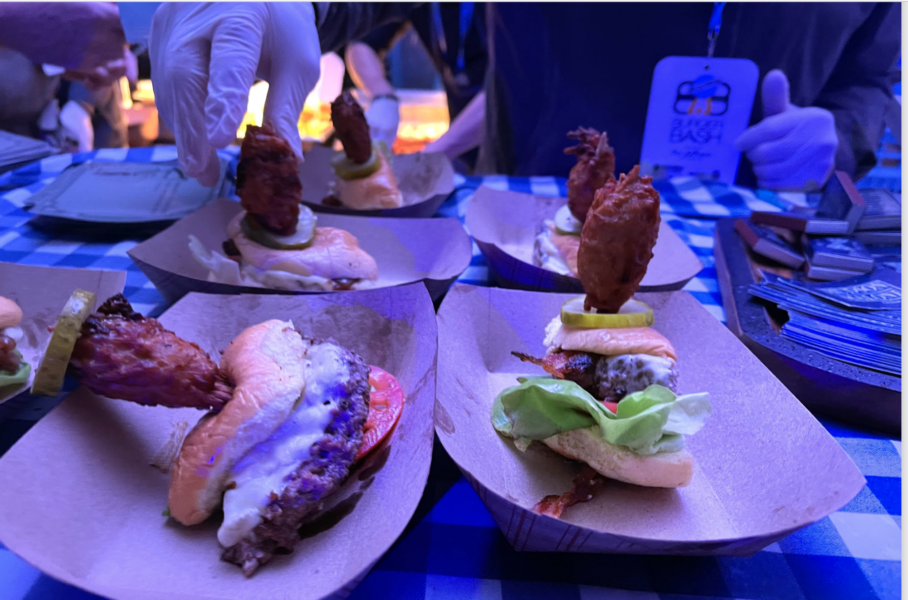 Over the course of four jam packed days, you’ll find more than 400 chefs, restaurants, wine, and spirit producers showcasing dishes and beverages throughout the city. This year, The Festival calls Pier 86, the site of the Intrepid Museum, its home where many of the more popular events will take place including the Blue Moon Burger Bash presented by Pat La Frieda Meats hosted by Rachael Ray, a re-envisioned tacos & tequila event hosted by the cast of The Kitchen with special guests Elvis Duran and the Z100 Morning Show, and Sunday’s close out event — Backyard BBQ hosted by Andrew Zimmern.
Burgers reigned supreme on this amazing night. There is still time to get your foodie love on with more tickets for sale today and Sunday!
For more information be sure to visit https://nycwff.org/
Related ItemsBlue Moon Burger BashBurger BashElizaBeth TaylorFood NetworkNewNew York City Wine & Food FestivalNew York City WIne and Food FestivalNYCWFFTimes Square Chronicles
Events