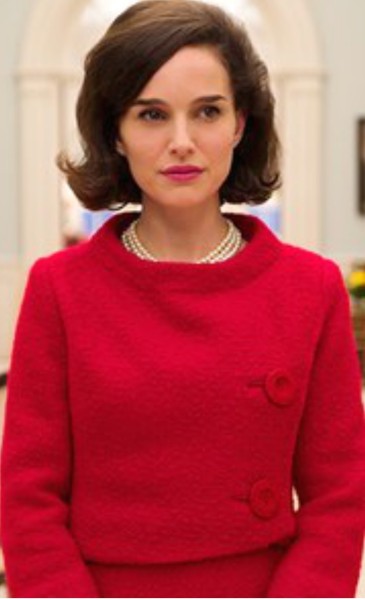 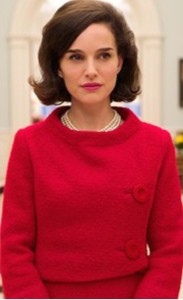 The Film Society of Lincoln Center added Pablo Larraín’s Jackie to 54th New York Film Festival as a Special U.S. Premiere Presentation. The film will have its American debut on Thursday, October 13 at Alice Tully Hall. Jackie marks Larraín’s second entree in the festival, as his portrait of Chilean poet Pablo Neruda, Neruda, is also being screened.

Jackie is the filmmaker’s first English-language film, and is described as “a bolt from the blue, a fugue-like study of Jackie Kennedy, brilliantly acted by Natalie Portman. Dramatizing events from just before, during, and after JFK’s assassination, this carefully reconstructed, beautifully visualized film is grounded in Jackie’s interactions with her children, her social secretary (Greta Gerwig), LBJ’s special assistant Jack Valenti (Max Casella), her brother-in-law Bobby (Peter Sarsgaard), a priest (John Hurt), a journalist (Billy Crudup), and others.

Described as an “emotionally urgent film,” the film has already drawn acclaim from other festival including Venice and Toronto, and Portman’s turn as Kennedy has Oscar prognosticators buzzing. The film recently won the Platform Prize at TIFF.

Fox Searchlight will release Jackie in select theaters on December 2. 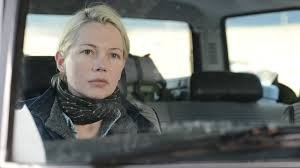 Certain Women incorporates three tales linked by geography and the inner lives of several female characters. Drawing in the sweeping Midwestern landscapes these emotionally direct tales of promise and despair are mezmorizing.

The setting is Montana in winter, where the Rocky Mountains roll down into the dry, open plains. In the first and funniest story, is of a lawyer (Laura Dern) who has to deal with a client on the verge of losing his mind. The second tale, is a wife and mother (Michelle Williams) who meets with an elderly man (René Auberjonois) about buying some vintage sandstone, and has to cope with her husband’s tactlessness. The final story hits the hardest, as an isolated horse trainer (extraordinary newcomer Lily Gladstone) wanders into a night class on education law and promptly falls in love, or something like it, with the teacher (Kristen Stewart). 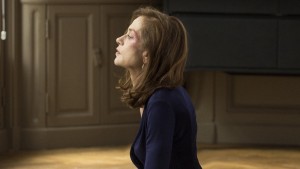 Dutch filmmaker Paul Verhoeven, the man who gave us Basic Instinct and Showgirls, has an ace up his sleeve in the form of an Oscar-worthy performance from Isabelle Huppert in this rape-revenge thriller Elle.

Adapted by David Birke from the novel by Philippe Djian, Michele, a video-game-company founder living in Paris is raped and stalked by a ski-masked assailant. She’s the daughter of a notorious mass murderer. Growing up despised by the media and public is part of why she does not respond conventionally to her attacker. This challenging story that will upset a lot of people. The sheer brilliance of Huppert’s controlled, performance will inspire debates for decades to come.

James Gray’s The Lost City of Z is emotionally and visually resplendent epic that tells the story of Lieutenant Colonel Percy Fawcett (a remarkable Charlie Hunnam), the British military-man-turned-explorer whose search for a lost city deep in the Amazon grows into an increasingly feverish, decades-long obsession. It takes it’s toll on his reputation, his home life with his wife (Sienna Miller) and children and his very existence. Cinematographer Darius Khondji cast quite a spell, pitched between rapture and dizzying terror. Also starring Robert Pattinson and Tom Holland. 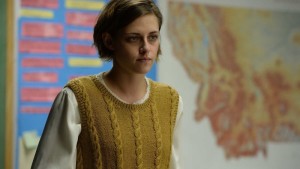 In Personal Shopper Kristen Stewart is the medium, in more ways than one, in this exploration from director Olivier Assayas (Clouds of Sils Maria, NYFF 2014). As a fashion assistant whose twin brother has died, leaving her bereft and longing for messages from the other side, Stewart is fragile and enigmatic—and nearly always on-screen. From an opening sequence in a haunted house with an intricately constructed soundtrack to a high-tension, cat-and-mouse game on a trip from Paris to London and back set entirely to text messaging, Personal Shopper brings the psychological and supernatural thriller into the digital age.  An IFC Films release. 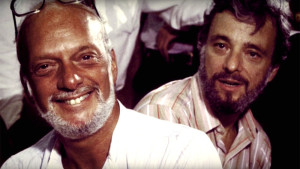 Best Worst Thing That Ever Could Have Happened. In 1981, Stephen Sondheim and Harold Prince embarked on Merrily We Roll Along, a musical based on the 1934 George S. Kaufman and Moss Hart comedy told in reverse: the characters, played by a cast of teenage unknowns, begin as disillusioned adults and end as starry-eyed adolescents. Though the original, much-ballyhooed production was panned by the critics and closed after just 16 performances, Merrily We Roll Along would go on to attain musical theater legend status. This alternately heartbreaking and euphoric film by original cast member Lonny Price features never-before seen footage of Prince and Sondheim at work on the show.

Hamilton’s America, has Lin-Manuel Miranda takes us inside the making of his groundbreaking American musical Hamilton. Interviews, work sessions, and electrifying, fully staged Broadway performance clips abound. The show’s journey, adds Miranda with the Obamas at the White House in 2009.

Suzanna BowlingJanuary 17, 2022
Read More
Scroll for more
Tap
George W. Bush Seeks to Defend His Honor in Trial of An American President
October Brings Cabaret Both in The Conventions and In The Clubs