New York Get Ready The Dinner Detective Is Coming

New York Get Ready The Dinner Detective Is Coming 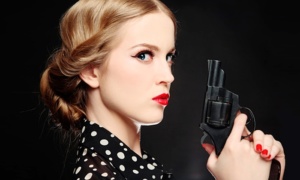 One of the most successful running shows across the country is finally making it’s New York Premiere. The Dinner Detective, will be uncovering murder, mystery and mayhem Saturday, October 14, at The Millennium Broadway Hotel’s Gotham Room and Bugis Street Brasserie. A special preview is planned for Saturday, September 23rd at 7:00pm. New York marks the  53rd American city to host the unstoppably successful interactive groundbreaker, as The Dinner Detective celebrates it’s 13th Anniversary.

The Dinner Detective originally opened Halloween weekend, 2004 in the Champagne Room at the miniscule San Gennaro Café in Culver City, CA. Rave reviews and positive word-of-mouth ignited a major U.S. franchise. As with the other 52 cities, The Dinner Detective will enjoy an open-ended run in New York.

In the emerging genre that is the Interactive Murder Mystery, The Dinner Detective  has re-written the rules for the Mystery Interactive genre and continues to do so nationally, week in and week out, with its breakthrough immersive and audience-obsessed events.

Awarded and voted Best Interactive Dinner Show in Los Angeles, Denver, Chicago and throughout the U.S., Co-Creator and Executive Producer Scott O’Brien and his team continue to push the limits of the genre by incorporating technology and social media into the event. 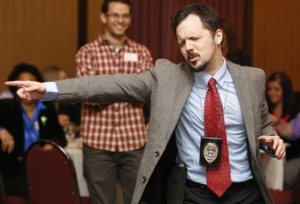 The show at the Millennium Broadway Hotel will begin with an Interrogation Reception and a delicious Asian themed buffet consisting of appetizers, salad, dinner and dessert at the Hotel’s Bugis Street Brasserie before moving upstairs to the Gotham Room where the bloodshed, mayhem, carnage and mystery commence’s as woman’s blood curdling scream is heard. People start dying as the New York Homicide Detectives arrive. Everyone is a suspect, after all this is New York. 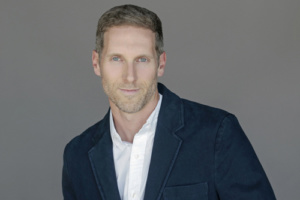 Previously Co-Creator and Executive Producer Scott O’Brien worked in the writer’s Department on the Emmy Award winning shows “The Practice,” “Ally McBeal” and “Boston Public” during which time he had ample dealings with detectives, lawyers and police departments in his exhaustive research.

His rotating cast of forty has been plucked from great Improv houses including IO West, the Groundlings, Second City and the Upright Citizens Brigade as well as New York’s unparalleled comedic talent pool.

This looks to be the hot new game in town.

The Dinner Detective: The Millennium Broadway Hotel,145 West 44th Street (between Sixth & Seventh Avenues) Saturdays at 7:00pm. Image dinner and a show for only $99 plus tax/fees www.thedinnerdetective.com

Available for Corporate or Private Events and of course Group Sales. Talk about a fabulous holiday party.

Suzanna BowlingAugust 5, 2022
Read More
Scroll for more
Tap
For Peter Pan on her 70th Birthday – An Adventure of a Lifetime
For Peter Pan: Sarah Ruhl’s Gift to the Theater