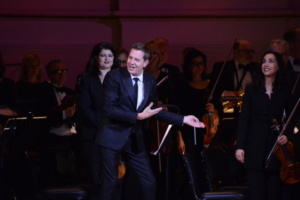 October 19, marked the 10th Anniversary of Maestro Steven Reineke’s conducting the New York Pops. Steven is only the second person to hold the position of Music Director of The New York Pops, which was founded by Skitch Henderson in 1983, and is the largest independent pops orchestra in the United States and the only professional symphonic orchestra in New York City specializing in popular music. 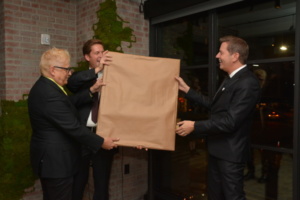 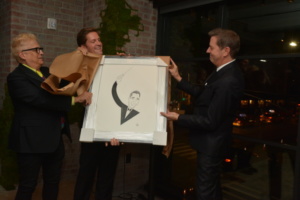 Additionally, a drawing of Reineke by renowned Broadway caricaturist Ken Fallin was unveiled at the reception following the concert. 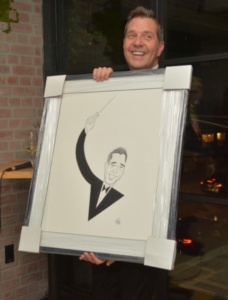 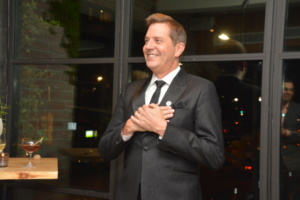 As they opened their 2018-2019 Carnegie Hall season, the orchestra switched gears and went Las Vegas style with tunes by Chuck Berry, Jerry Lee Lewis, Elvis Presley, The Beatles, and others. 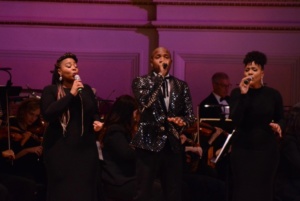 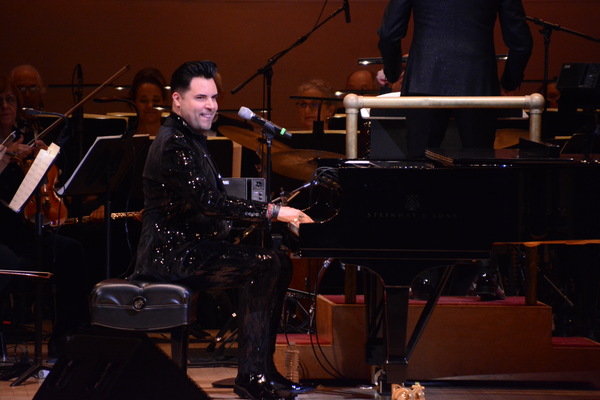 The program titled “Roll Over Beethoven:A Different Kind of Orchestra.”Moreno definitely has a fan base and when he stepped out on the stage of Carnegie Hall, dressed in a black glittering outfit the fans went wild. 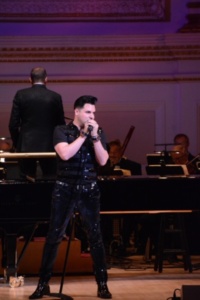 The sound design for the first act was so bad that you could not understand a word. Also the New York Pop audience was a little overwhelmed by this complete change of pace. 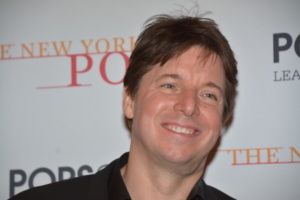 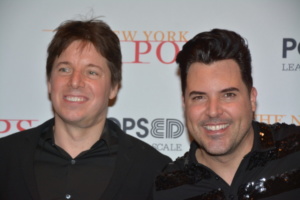 The last two numbers in this act were a haunting rendition of John Lennon and Paul McCartney’s “Eleanor Rigby,” where Moreno took to the piano. Turns out he had recorded this song with violinist Josh Bell who took a bow from the audience. 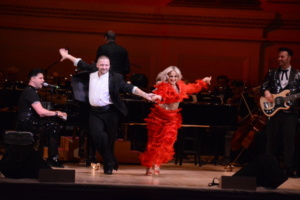 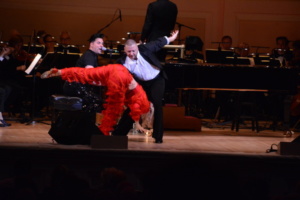 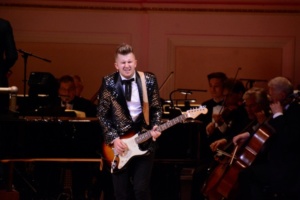 However in Act Two the sound design improved immensely and the audience got into the groove. As Moreno changed into red glitter, he presented a guitar to a young audience member. After showing off the talents of his young protege Alec Zeilon. 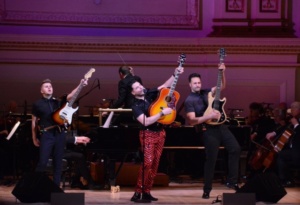 Moreno reminded me  a lot of Elvis, as he crooned and of Jerry Lee Lewis  when he hit the piano and harmonica. This Las Vegas performer brings on the glitz and an immense amount of musical talent. 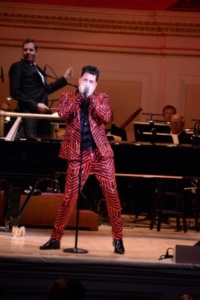 The second to the last number had Ben E. King and Lieber and Soller’s “Stand By Me” turn Carnegie Hall into couples dancing in the aisle. It was touching to watch the love. 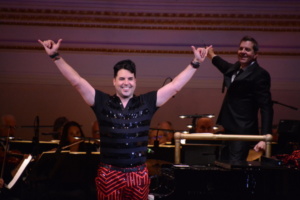 For the last number as he sang Paul Simon’s “Bridge Over Troubled Waters,” he asked everyone to take out their cell phones and put on their lights and wave it in the air. 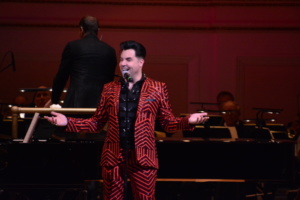 Late breaking news, The New York Pops will honor Grammy, Emmy, and Tony Award-winning music icon Cyndi Lauper at its 36th Birthday Gala celebration on Monday, April 29, 2019 at 7:00 p.m.in Stern Auditorium / Perelman Stage at Carnegie Hall. The festive concert features some of Lauper’s greatest hits performed by The New York Pops, under the music direction of Steven Reineke, together with a starry line-up of guest artists to be announced.

Proceeds from the Gala support the organization’s PopsEd music education programs. The concert is followed by a black tie dinner and dance at the Mandarin Oriental New York.

If you really want to celebrate the holidays Under the Mistletoe on Friday, December 21 and Saturday, December 22 at 8:00 p.m. with Ashley Brown.