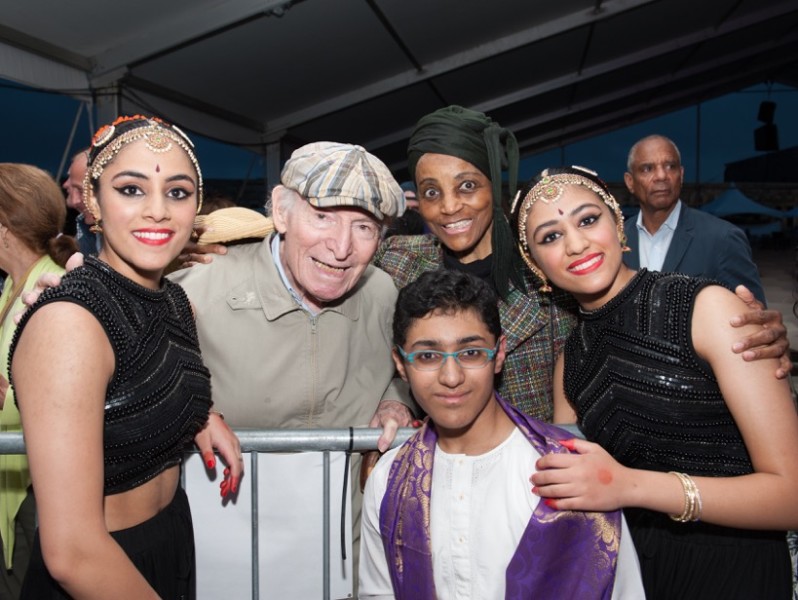 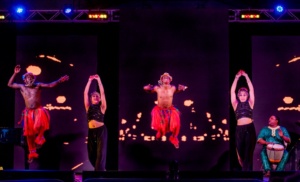 Grammy Lifetime Award Winner George Wein has successfully created a legendary musical experience with the Newport Jazz Festival. Along with the festival, the now two-year old Bridgefest (under the auspices of Newport Festivals Foundation, Inc.) has come to be known as a tantalizing joy for music lovers across the globe. 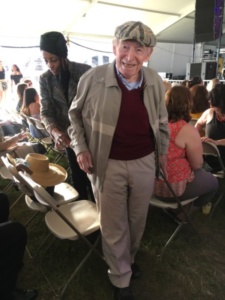 This Thursday, A Bridge Together Millennial Twins Riya and Sara Kapoor and Conductor/ Choreographer Guru Swati Bhise had the audience at Fort Adams State Park dancing on their feet and clapping to the jives of worldwide inspiration. 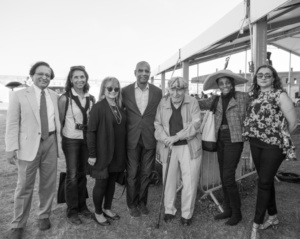 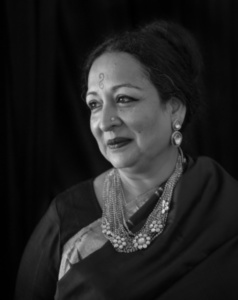 The jazz quartet was led by award-winning guitarist Rez Abbasi; and the West African composition were directed by the noted West African choreographer and dancer, Maguette Camara. 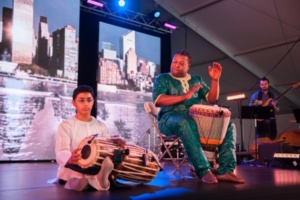 In a current world that is so wildly divided, it was refreshing and divine to sit in a show that in a way represented the need for peace and harmony on our continents. The night reflected the perfect gesture that music bridges gaps and brings mankind together as one. 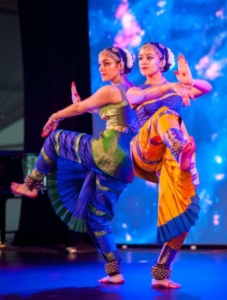 Part I of the show featured music from West Africa, India and the US. The First Beat,” blended Indian Classical and traditional West African genres with instruments such as the mridangam and tabla along with the West African djembe. 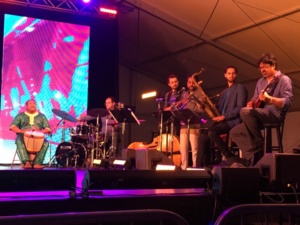 Part II introduced the impressive Kapoor sisters, whose intense study of Bharatanatyam has continued for more than a decade in New York City. The Indian-American sisters first appeared on stage at age 15 at their debut event at Jazz at Lincoln Center. It was Wein that was determined to bring the dancers to Newport after witnessing their opening. 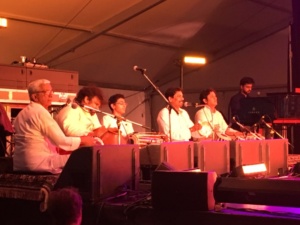 The lively dances were simply magical. Strong dance skills matched by powerful facial expressions makes the Kapoor dance team standout. “The First Foils” selection is particularly special and captivating to experience. Styles of the dancers are enchanting and mesmerizing from start to finish. 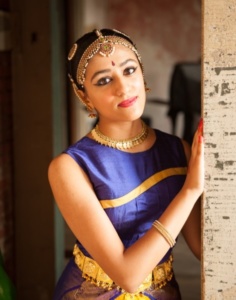 Bridgefest ran from July 31 to August 3, between the iconic Newport Folk and Jazz Festivals. Bridgefest was founded in 2009 by the Arts and Cultural Alliance of Newport County to celebrate Newport’s musical community. Other Bridgefest events will be announced in the coming weeks. 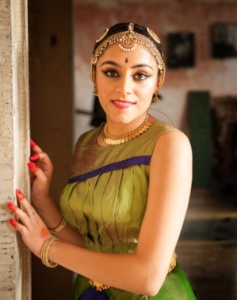 Newport Festivals Foundation was founded by George Wein in 2010 to build and continue the legacies of the famed Newport Jazz Festival® and Newport Folk Festival®. Under the auspices of the Foundation, the Festivals present performers who respect and honor jazz and folk music traditions, and at the same time reflect the changes in today’s musical trends. The Educational Initiatives of the Foundation aim to foster opportunity, inspire through exposure and facilitate the collection of resources needed for musicians, emerging and established, to celebrate and innovate. For more information, please visit www.newportfestivalsfoundation.org.