Next September Brings Dear Evan Hansen To The Big Screen 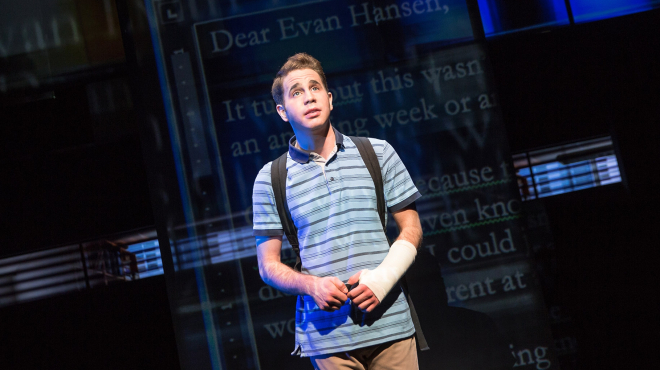 Next September Brings Dear Evan Hansen To The Big Screen

It started Off Broadway, moved to Broadway, won a record seven Tony Awards and now on September 24, 2021 it will make its film debut.

Stephen Chbosky directs, with Steven Levenson adapting his book for the screen alongside the songwriting team of Benj Pasek and Justin Paul.

The story tells how Evan Hansen, an high school student with problems gets wrapped up in a social media snowball, after the suicide of his classmate Connor Murphy. Connor who stole Evan’s letter, mistakenly has his parent’s thinking Evan was Connor’s best friend. Evan gets caught up in a series of lies, that leads to betrayal.

Ben’s dad Marc Platt is part of the producing production team that includes Universal. The team has a contract with an early premium video-on-demand agreement with cinema chains AMC and Cinemark. That means the studio can debut a new movie on home entertainment after 17 days without a theater boycotting.