Ghostlight Records celebrated the CD release of The Jonathan Larson Project with an exclusive in-store signing and performance at Barnes & Noble.

The event include performances from Nick Blaemire

In addition to appearances from Jennifer Ashley Tepper, who directed and conceived the show

and Charlie Rosen, who provided music supervision, orchestrations, and arrangements – will feature a performance of musical selections and a CD signing. The store is located at 150 East 86th Street, between Lexington and Third Avenues on the Upper East Side.

The Jonathan Larson Project features the music of the late Jonathan Larson, the generation-defining writer of Rent and tick, tick… BOOM!, the former an iconic Broadway landmark and the latter a beloved musical gem.

The Jonathan Larson Project is an evening of Jonathan’s unheard work featuring songs from never-produced shows like 1984 and Superbia; songs that were cut from Rent and tick, tick… BOOM!; songs written for both theatrical revues and for the radio; songs about politics, love and New York City; including many never before publicly performed or recorded. 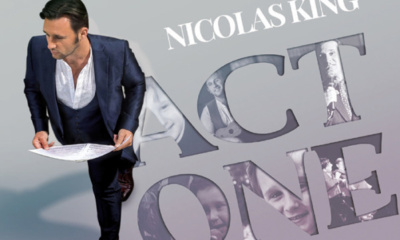