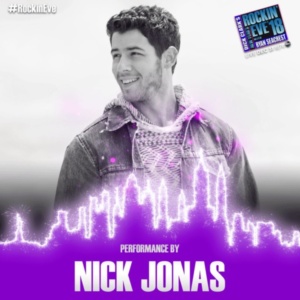 Hosted by Ryan Seacrest for the past 12 years, the 46th annual event is seen by over 1 million.

Set to begin at 8 p.m. on Dec. 31, with reporting by former co-host of “The View,” Jenny McCarthy and feature New Year’s Eve celebrations from around the world.

The new West Coast host will be R&B singer Ciara ringing in the new year from ABC’s Hollywood party in Los Angeles, according to the network.

The star-studded New Year’s Eve celebration will have Jonas’ hits “Jealous” and “Chains.” As for Cabello, her latest single, “Havana,” is on the list (see video).