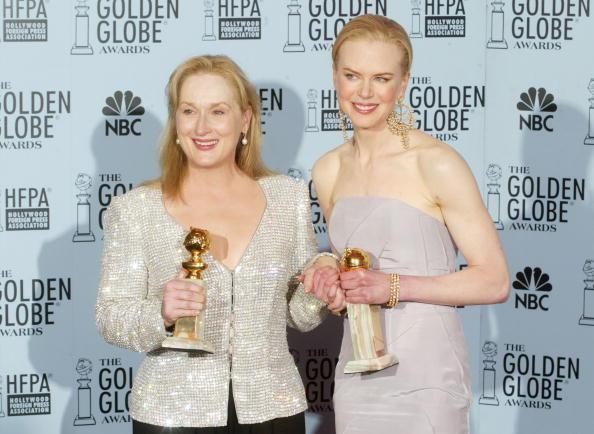 New York Women in Film & Television (NYWIFT) and IRIS are pleased to announce that Academy Award, Emmy Award and Golden Globe Award winning actor Nicole Kidman has joined Meryl Streep in supporting The Writers Lab. The project, established for women screenwriters over the age of 40 by NYWIFT and IRIS, in collaboration with the Writers Guild of America, East, selects leading filmmakers to provide exclusive mentorship and increase opportunities for content made by women. The program has received funding from Streep every year since its inception in 2015. Kidman joins the likes of past supporter Oprah Winfrey, who matched Streep’s donation.

“What wonderful idea,” said Kidman of The Writers Lab. “A space for women to work with one another to develop the stories they want to tell. I’m a fan already.”

During Kidman’s acceptance speech at the Screen Actors Guild Awards for her performance in HBO’s Big Little Lies, she noted how opportunities for women are expanding: “How wonderful…that our careers today can go beyond 40 years old, because 20 years ago we were pretty washed up by this stage in our lives. That’s not the case now. We’ve proven…that we are potent and powerful and viable,” said Kidman. “I just beg that the industry stays behind us, because our stories are finally being told. It’s only the beginning and I’m so proud to be part of a community that is instigating this change, but I applaud the writers, directors, studios and financiers to put passion and money behind our stories. We have proven that we can do this. We can continue to do this but only with support of this industry and that money and passion.”

“We are beyond thrilled to have Nicole Kidman join Meryl Streep in supporting The Writers Lab,” said Terry Lawler, Executive Director of New York Women in Film & Television. “She is truly a champion of women storytellers, and has particularly been an outspoken advocate for women over 40. At this critical moment for women in the industry, it is heartening to see powerhouses like Meryl and Nicole take decisive action to combat both ageism and sexism by helping to provide a platform for these voices to be heard. It is an honor to have her support.”

“This is how change happens,” said Nitza Wilon of IRIS. “When extraordinary women – and Nicole Kidman is clearly an exceptional activist as well as an exceptional actor – use their power, they can shift the entire culture. We are euphoric that such superlative women support our work.”

The selected screenwriters will be announced August 1. Submissions must be feature-length, fictional narrative scripts of any genre written in English by women over the age of 40. The Lab announced earlier this year that it has expanded its scope to include international submissions.

Applications for the 2018 Lab are available now through February 28, 2018. For more information and to submit, please visit thewriterslab.nyc.

The Writers Lab was launched in 2015 to provide script development for women writers over the age of 40. It creates a springboard for scripts to reach the next stage of production and expands the diversity of narrative film.

Impact of the Lab to-date:

The Writers Lab is funded by Meryl Streep for the fourth year, and produced by IRIS and New York Women in Film & Television in collaboration with the Writers Guild of America, East, with support from The Black List, Relativity Media, Stony Brook Southampton+Manhattan, and Tribeca Film Institute.

IRIS was founded in New York City in 2013 by Nitza Wilon, Kyle Ann Stokes, and Elizabeth Kaiden to champion the female voice in fictional narrative film. A co-founder of The Writers Lab for women over 40, and partner in the Athena IRIS Lab for emerging women writers, IRIS supports and promotes women writers and filmmakers.