Night of 1000 Gowns Brings Out The LGBTQ Community in Style

Night of 1000 Gowns Brings Out The LGBTQ Community in Style 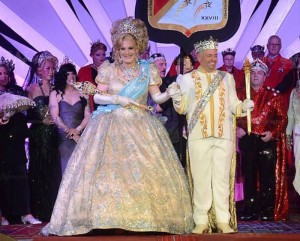 Tonight at the New York’s Marriott Marquis national members of the Imperial Court advocacy group will be decked to the nines as the 30th annual “Night of a Thousand Gowns.” Reigning are the Reign of Emperor XXIV Opi N. Yated aka Scott Safier and Empress XXIX Madison Mansfield . Of course what Coronation Ball would be complete without the midnight crowning of Imperial Crown Prince Royal Fredd E Tree and Imperial Crown Princess Royale Sugar B. Real aka Rhonda Potter. This charity ball and silent auction to benefit the ICNY LGBTQ Youth Scholarship Fund. 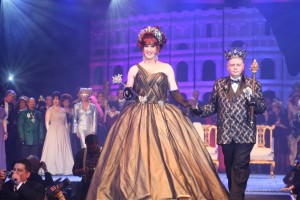 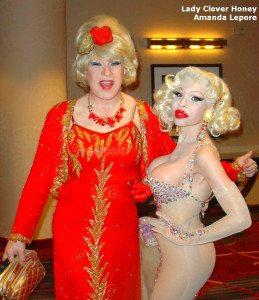 The evening celebrates the lesbian, gay, bisexual and transgender community. The Imperial Court itself is a grassroots, non-profit organization which aims to raise funds for various lesbian, gay, bisexual and transgender (LGBT) advocacy groups. Each individual “empire” operates as a separate entity that focuses on causes within its realm and elects an “emperor” and an “empress.”

Pioneering HIV/AIDS advocate and “The Normal Heart” playwright Larry Kramer was honored last year with the organization’s Imperial Diamond Award. Close to 1,000 people attend and it still not to late to join in.

G. H. HARDINGDecember 5, 2022
Read More
Scroll for more
Tap
Smokefall Getting Into the Pulse of a Family
Happy 70th Birthday Liza Minnelli A Pictorial of Birthday’s Past