No More Fireworks For Hillary 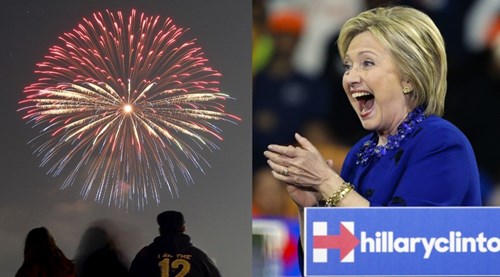 No More Fireworks For Hillary

Hillary Clinton’s campaign has called off the planned election night firework display, a day before America goes to the polls. There had been announcement for a two-minute show over the Hudson River after the results come in on Tuesday. The campaign had called the Coast Guard last week to tell them the event was off, three days after the New York Post reported it was planning the bash although the cancellation was kept secret until today.

The plans were cancelled three days after FBI director James Comey told Congress his agency was investigating the laptop of Anthony Weiner, husband of Clinton’s aide Huma Abedin. Comey  has since for some unknown reason stated that the FBI was not going to charge to the Democrat candidate about use of a private email server while she was Secretary of State.

Both Clinton and Trump are planning to be in New York on election night.