No One Called Ahead With Justin Matthew Sargent 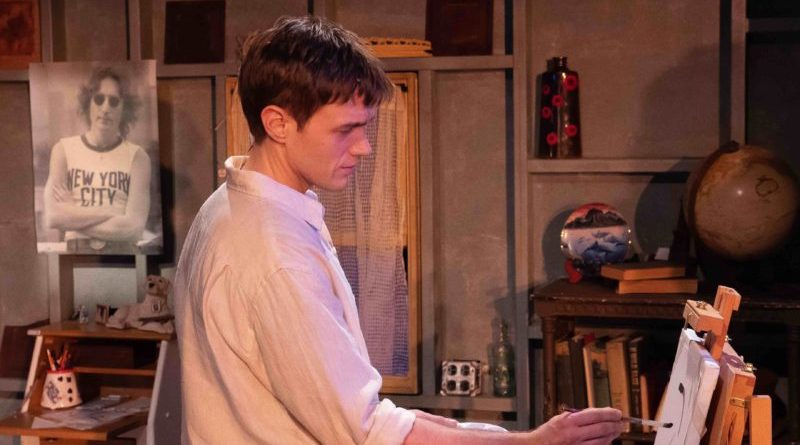 No One Called Ahead With Justin Matthew Sargent

No One Called Ahead tells the story of Ben (Sargent), a creator in need of a weekend getaway, who “gets more than he bargained for when he begins to receive a series of visits from several astonishing women from the great beyond. Will this night forever change the way he lives, loves and creates? Or will he make it to daybreak at all?”

The film comes from producers Apples and Oranges Studios (An American in Paris, Memphis, HAIR, Emma), Judith Manocherian (The Prom, The Lifespan of a Fact, Once On This Island), and Streaming Musicals (Emma).

T2C: You are working on No One Called Ahead can you tell us a little about the format?

Justin Matthew Sargent: The format started as we filmed it in a small theatre space on the Upper West Side. We shot the entire picture in 7 days. It was like a marathon.

Justin Matthew Sargent: A casting director Michael Cassara, knew my agent and gave me the offer. I had no formal addition.

Justin Matthew Sargent: A hoot. That is the one word to describe her. She is ready to go as soon as its time. she has few complaints, she is just a joy to work with.

T2C: Had you worked with any of these people before?

Justin Matthew Sargent: No, I knew Morgan Weed, because of concerts but other than that is was a great experience to work with all new people.

T2C: What is Paul Gordan’s music like for this?

Justin Matthew Sargent: Its very Beatles popish. You bop your head along to this. Its an easy going beat. We reference John Lennon a lot in this show.

T2C: Where did you film this?

Justin Matthew Sargent: At the YMCA on the Upper West Side. It was transformed into this derelict cabin in the woods.

Justin Matthew Sargent: The way we shot, it was not your typical film shoot. We shot in long periods of time. Everyone was stationed in the house. We felt like we had an audience because of that.

Justin Matthew Sargent: Yes, most of the magic happens in the editing, so I haven’t seen it yet.

T2C: From the trailer it looks like a show about death.

Justin Matthew Sargent: Ultimately it is a show about death and wanting to accomplished something in your life. Will anyone know that the things you have created are from you. It is about being undiscovered. Luck and timing has a lot to do with it.

Justin Matthew Sargent: Auditioning I am going to do Rock of Ages. I’ve done the show over 500 times. This time it is a Pittsburgh Civic Light Opera revisit. I am also going to be a father September 30th. This is my wife’s and my first child.

Justin Matthew Sargent: I absolutely love what I do. I am passionate about it. I look to bring as much truth and honesty and move people that in a way that will touch them.

The film was directed by Tim Kashani.

Suzanna BowlingMay 4, 2022
Read More
Scroll for more
Tap
The Write Stuff – How to Break Into Hollywood Screenwriting
The Shed’s Dragon Spring Phoenix Rise Stumbles Up High on its Dialogue