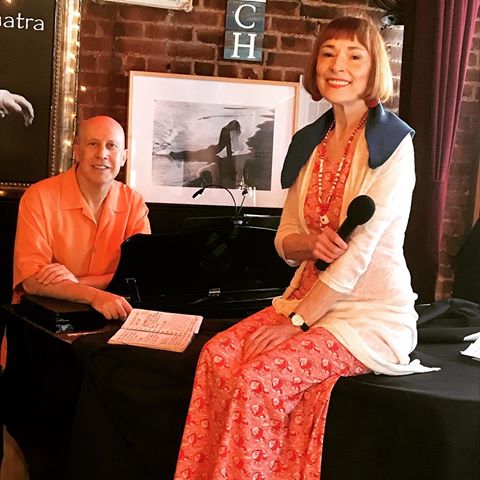 No Regrets for Karen Akers at the Beach Café

No Regrets for Karen Akers at the Beach Café 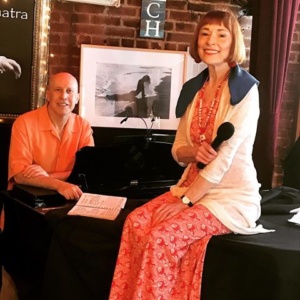 As the saying goes, nothing succeeds like success. So congrats to actress and singer Karen Akers for her 10thappearance to a sold out house of cabaret music lovers at the upper east side’s only cabaret and restaurant venue, The Beach Café. This fifty year old local institution brought the joyful sound of cabaret singing to the neighborhood only a year ago, but has been packed ever since. It’s generous owner, Dave Goodside, bought everyone in the house a drink to celebrate the occasion of its first anniversary. The fishing trophies over the bar may say neighborhood haunt. But the red velvet curtains he has hung throughout say show biz. This, Mr. Goodside says, is where the snobs stop in for a burger. It is also now where entertainment starved denizens of the upper east side can stop in for a show.

Ms. Akers began her Broadway career as a Broadway performer in 1982 in the musical Nine, directed by Tommy Tune, who was there in the audience to cheer her on.   At 70 years old now, she is still a stylish beauty. She was trim and slinky, in a clinging black and white dress wrapped in a coordinated shawl. With her geometric bob and fine features, she seemed a statuesque cross between the art deco film goddess Louise Brooks and  the mature Gloria Swanson. Her accompanist for the evening was Alex Rybeck, an outstanding pianist who provided strong and sensitive support for her throughout the show.

The evening was titled Sing the Shadows Away, by Ms. Akers. As she said, “The sooner we face the shadows head on, the sooner we can be comforted.” However, there was no song in the show with the word “shadow” actually in the title, or songs  with lyrics especially urging us to dispel those shadows. Instead, the songs she selected were a more or less general survey of songs, both familiar and lesser known, reflecting on the ups and downs of life and love.

She began with Noel Coward’s Twentieth Century Blues, updated for us lyrically to Twenty-first Century Blues. She then deftly alternated the funny and the heartbroken in her choice of material. She sang cheerily of being willing to Live Alone and Like It, in the words of Mr. Sondheim. But only shortly after that, she sang of being Alone Too Long, in a touching and less familiar number by Dorothy Fields and Arthur Schwartz. She made a lovely medley of Dance With Me, a great new tune by a rising composer, Mark Sonnenblick, and the moody Dancing in the Darkby Howard Dietz and Arthur Schwartz.

Ms. Akers is at her best as an actress and a story teller. She threw in a monologue that was honestly self-reflective, the Epitaph for an Elderly Actress, a poem by Noel Coward. We heard a very interesting story song recalling a happy trip to Mexico before a couple’s divorce called The Animal in the Pit by Ellen Fitzhugh and Larry Grossman.  She reflected wistfully on being able to get away from life At The Rialtoper Fred Ebb and John Kander. My favorite song of the evening was Now by Joe Keenan and Brad Ross, a song you may never get to hear elsewhere, written for an Actor’s Equity event, about a stage actor telling his TV actor friend that he’d rather scrape along for the chance to work on stage than sell out to play a faux scientist in a lab coat on a series. Its message, that life is to be lived in the now, is universal.

The end of the set was in a reflective mode, with Noel Coward’s If Love Were All, the stunning ballad, You’re Not Aloneby Jacques Brel, and the standard most associated with Edith Piaf, Non, Je Ne Regrette Rien (I Regret Nothing) by Michel Vaucaire and Charles Dumont, nicely sung in its original French.

Ms. Akers’ voice was at its warmest and most beautiful on gentler ballads when she didn’t demand too much of it physically. At other times, she pushed her high notes in a way that wasn’t pretty, and her vibrato could get Hepburn wide. This didn’t dampen the appreciation of fans and friends. The couple I sat next to had been following her for over forty-five years. But the years are taking their toll on her instrument. She doesn’t appear to have the technique to sustain her as a singer until she’s ninety, like a Marilyn Maye. So if you’re a fan, too, you should catch her while she still has this much to offer.