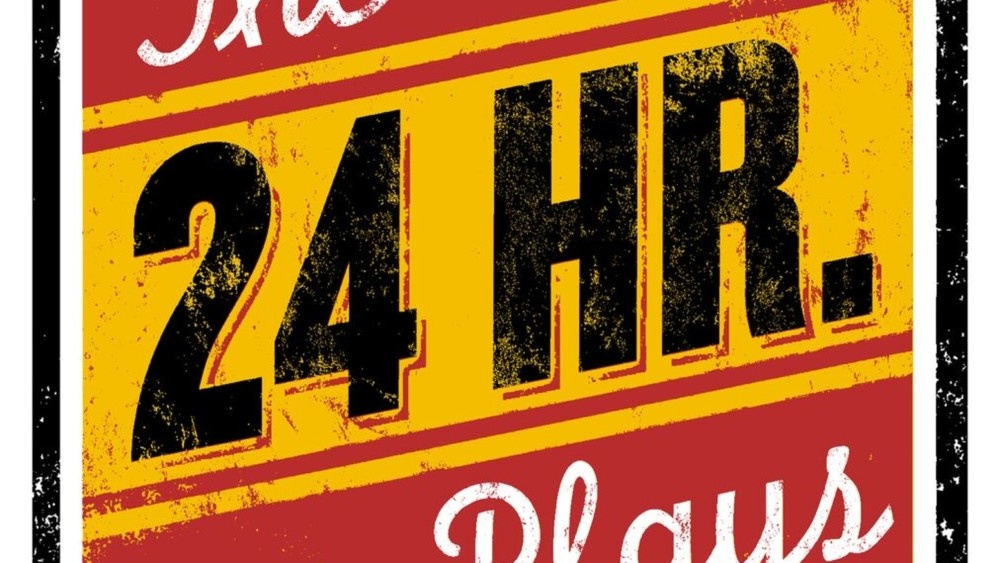 The 24 Hour Plays announced the first round of participants that will help them mark their anniversary with an intimate production of The 24 Hour Musicals on Monday, June 17th at 8 PM on the Irene Diamond Stage at the Pershing Square Signature Center.

“The 24 Hour Plays and The 24 Hour Musicals are a delivery system for joy,” said The 24 Hour Plays Executive Director Mark Armstrong, “and for 24 years this organization has brought together extraordinary artists around the world to make singular evenings of theater in 24 hours. From raising millions of dollars for charities, to launching significant careers through our professional development initiatives for young artists, our work shows what communities can do when they come together. We’re celebrating 24 years of work that’s touched everyone from celebrities to students and looking ahead to the next 24 years.”

The 24 Hour Musicals feature four new musicals written and performed in the span of just 24 hours. The marathon process begins at 9 PM the night before the performance. Writers, composers, directors, choreographers, actors, music directors, musicians and production staff — many of whom have never worked with or met each other before — gather for an orientation where they share costume pieces and props, their special skills and reveal something that they have always wanted to do on stage. At 11 PM, composers and writers get to work crafting 15-20 minute musicals overnight and  at 9 AM the next morning, actors receive their roles and directors, choreographers and musicians arrive to begin rehearsal. Less than 12 hours later, they’ll perform in front of a live audience!

Additional cast and creative teams for the 11th annual The 24 Hour Musicals will be announced soon. As part of their 24th anniversary, The 24 Hour Plays are offering special experiences through their online auction, including a chance to perform in The 24 Hour Musicals, meet Jesse Eisenberg at his new play, go backstage at Mean Girls with Kate Rockwell, private concerts with Mike Doughty and Gabriel Kahane and more at www.24hourplays.com/charitybuzz.

Suzanna BowlingJanuary 24, 2023
Read More
Scroll for more
Tap
Celebrate the Tonys With The Green Room 42 and The Skivvies
Get Ready The Radio City Rockettes Will Open Tonight’s Chita Rivera Awards