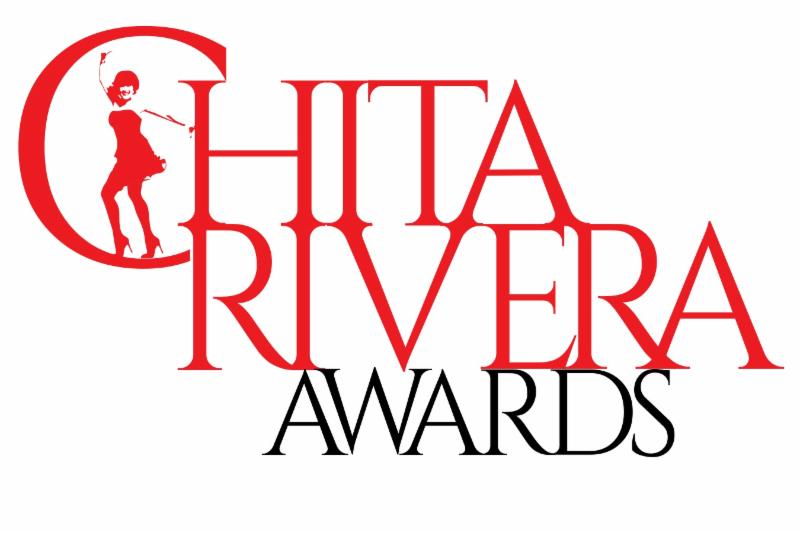 Suzanna Bowling
***Logo photo of Chita Rivera by Andrew Eccles
According to the Tony rulings, Warren Carlyle will not be considered eligible in the Best Choreography category for his work on the revival of Hello Dolly!, even though he deserves the nod and the win.  Thankfully the nominations for the 2017 Chita Rivera Awards agreed that his work was eligible. The nominations were announced today. In keeping with the mission of the Chita Rivera Awards, nominators considered shows and films that opened during the 2016-2017 season.
It was also announced today that theater and dance legend Tommy Tune will be presented with the inaugural Lifetime Achievement Award at the September 11 ceremony.
The Chita Rivera Awards nominees reception will take place on May 30, 2017 at The Lambs Club. Chita Rivera, Bebe Neuwirth and Michael Riedel will be on hand to celebrate with the nominees.
The 2017 Chita Rivera Awards will be presented on September 11, 2017, directed by four-time Tony® Award nominee Randy Skinner and produced by American Dance Machine for the 21stCentury (ADM21) and its Founder and Producing Artistic Director, Nikki Feirt Atkins.
The mission of the Chita Rivera Awards is to celebrate dance and choreographic excellence and the awards seek to continue that vision by not only celebrating the superb achievement of each nominee but by recognizing the immeasurable talents and passion of every theatrical choreographer and dancer.
Nominators considered outstanding choreography, featured dancers and ensemble in shows on Broadway and Off Broadway, as well as, outstanding choreography in film, that opened in the 2016-2017 season. Nominations for the productions under consideration this season were determined by the designated Nominating Committees. There are separate Nominating Committees for Broadway, Off Broadway and Film. There is an Awarding Committee for Broadway, which determines the final nominations that are received from the Broadway Nominations Committee.
The 2017 Awarding Committee includes:
Broadway Nominating Committee included:
Off Broadway Nominating Committee included:
Film Committee includes:
ADM21, founded in2012, is dedicated to creating a living and vibrant archive of classic and current notable musical theater choreography.   ADM21 is continuing the legacy of the late Lee Theodore, who established The American Dance Machine in 1976. Theodore created a “Living Archive” of musical theater dance to address her belief that “many great choreographic works are lost with the musical they once embellished.”  Of concern was that the artistry of each dance would vanish with the artists who created them.  That was the impetus that drove The American Dance Machine from its pilot program in 1976 to its final days following the death of Lee Theodore in the late 1980’s.
2017 CHITA RIVERA AWARD NOMINATIONS
Outstanding Choreography in a Broadway Show:
Andy Blankenbuehler, Bandstand
Josh Bergasse, Charlie and the Chocolate Factory
Warren Carlyle, Hello Dolly!
Peter Darling and Ellen Kane, Groundhog Day
Kelly Devine, Come from Away
Denis Jones, Holiday Inn
Sergio Trujillo, A Bronx Tale
Outstanding Ensemble in a Broadway Show:
A Bronx Tale
Bandstand
Cats
Come from Away
Hello Dolly!
Holiday Inn
Natasha, Pierre & the Great Comet of 1812
Outstanding Male Dancer in a Broadway Show:
Corbin Bleu, Holiday Inn
John Bolton, Anastasia
Max Clayton, Bandstand
Tyler Hanes, Cats
Ryan Kasprzak, Bandstand
Ricky Ubeda, Cats
Outstanding Female Dancer in a Broadway Show:
Andrea Dotto, Bandstand
Jaime Verazin, Bandstand
Lora Lee Gayer, Holiday Inn
Eloise Kropp, Cats
Georgina Pazcoguin, Cats
Emma Pfaeffle, Charlie and the Chocolate Factory
Megan Sikora, Holiday Inn
Christine Cornish Smith, Cats
OUTSTANDING CHOREOGRAPHY IN AN OFF-BROADWAY SHOW:
Joshua Bergasse, Sweet Charity
David Dorfman, Indecent
Merete Muenter, The Golden Bride
David Neumann, The Total Bent
Misha Shields, Baghdaddy
OUTSTANDING FEMALE DANCER IN AN OFF BROADWAY SHOW:
Yesenia Ayala, Sweet Charity
Asmeret Ghebremichael, Sweet Charity
Nikka Graff Lanzarone, Sweet Charity
Emily Padgett, Sweet Charity
Lyrica Woodruff, Finian’s Rainbow
OUTSTANDING MALE DANCER IN AN OFF BROADWAY SHOW:
Ato Blankson-Wood, The Total Bent
Brandon Espinoza, Baghdaddy
Curtis Wiley, The Total Bent
Cody Williams, Sweet Charity
Blake Zolfo, Kid Victory