Not So Hot: Summer the Donna Summer Musical

Not So Hot: Summer the Donna Summer Musical

The disco sound had a “four-on-the-floor” beat, a prominent, syncopated electric bass line, string sections, horns, and electronic synthesizers that made this sound distinct. What struck me most about Summer, the Donna Summer “biopic musical”, was that music supervisor and arranger Ron Melrose and orchestrator Bill Brendle missed the memo. To an untrained ear, this might not bother most people, but having spent my teens and early 20’s dancing the night away, it was jarring. Summer, at her height, was the queen of the disco sound. At the Lunt-Fontanne Theatre, Summer is played by LaChanze, Ariana deBose, and Storm Lever. Each in their own right is a terrific performer, but none of them are channeling Ms. Summer. LaChanze has a superb instrument and if it was a concert of LaChanze singing Summer not portraying Summer, I could buy into this. Ms. deBose does the best at interpreting the sound Summer had and Ms. Lever is too breathy. Each though has moments on the stage to shine. Ms. deBose and Ms. Lever are both wonderful dancers. 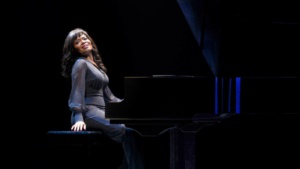 Granted, part of the problem is the book, which took three writers – Colman Domingo, Robert Cary, and director Des McAnuff – to turn Summer’s life into an overstuffed, PC correct, religious nightmare. They gloss over the controversial alienation of her LGBT fans, as well as other key elements in Ms. Summers life. 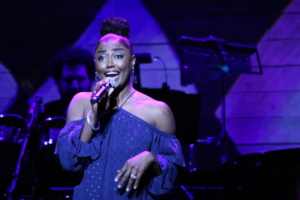 Des McAnuff’s direction is a shamble and he has the primarily all-female ensemble dressed in male drag and the male’s dressed in female drag, which doesn’t create the desired effect. 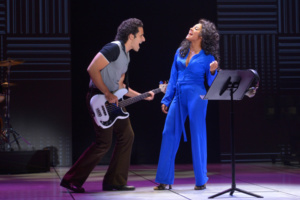 The show does incorporate three men: Ken Robison as Summer’s father, Aaron Krohn as Neil Bogart, her record producer, and Jared Zirilli as Summer’s second husband, musician Bruce Sudano. Unfortunately, a lot of the facts here are not exactly how it happened. 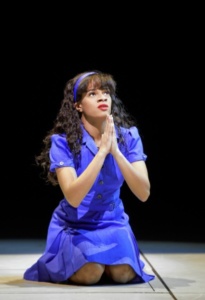 Scenic designer Robert Brill, costume designer Paul Tazewell, and Sergio Trujillo’s choreography are all period-inspired, but not in a good way. The show comes off as cheap and not inventive. Expect to trail confetti for a couple of days as they dump what seems like a ton of it on the audience.

Still, “Love to Love You Baby”, “MacArthur Park,” “On the Radio,” “Hot Stuff,” “Bad Girls,” “She Works Hard for the Money,” and “Last Dance” are fabulous songs, from an era that was oh so danceable. Most people will relish getting to hear these songs again. As for me, I will stick to the real thing.

Suzanna BowlingSeptember 23, 2022
Read More
Scroll for more
Tap
The Stars Come Out For Rose: Iceman Cometh Opening Night and More
Amelia Roper’s Zürich Touches on the Moments We Have Left