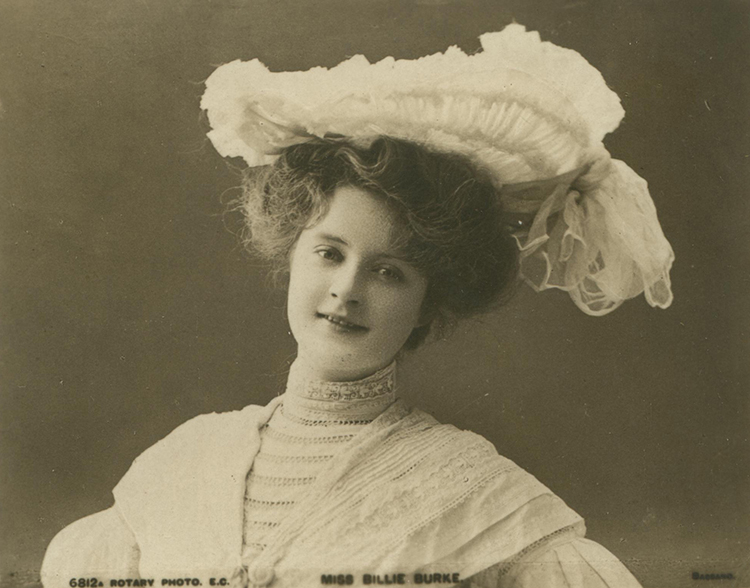 The Billie Burke Ziegfeld Award, with grants in the amount of $5,000, aims to celebrate emerging female composers or composer/lyricists who compellingly demonstrate outstanding artistic promise in musical theater composing.

“In a break from past practice, we decided this year to recognize the achievements of the three finalists from last year’s award process,” said Ziegfeld Club Executive Director Laurie Sanderson. “Our decision to confer this year’s award on three composers reflects the tremendous depth of talent among the community of female composers and lyricists.”

“We are honored to continue our partnership with the Ziegfeld Club,” said Chris Burney, Artistic Director of New York Stage and Film. “The annual support of the Billie Burke Ziegfeld Award is very meaningful to the recipient. As theatres reopen, it is very exciting the committee agreed to support three incredible composers this year.”

Described by The New York Times as one of “New York’s pioneering feminist institutions,” and “Broadway’s best kept secret,” The Ziegfeld Club is among the first not-for-profits in the Broadway community. Founded in 1936 by Billie Burke in honor of her late husband Florenz Ziegfeld, musical theater impresario and producer of the legendary Ziegfeld Follies. The organization was originally formed to provide help to Ziegfeld Girls who had fallen on hard times. As all of the Ziegfeld Girls have now passed away, the Ziegfeld Club’s mission remains to help women of today’s musical theatre.

Additionally, the Ziegfeld Club has preserved exciting theater history in their treasured archives that include unique Ziegfeld memorabilia. Today the Ziegfeld Club is expanding its legacy of helping women in the theatre by establishing The Billie Burke Ziegfeld Award, a $5,000 grant and a year of professional mentorship which is awarded to one or more emerging, female composer-lyricists who compellingly demonstrate outstanding artistic promise in musical theater composing and who can clearly show how the grant money and mentorship will further their artistic careers, and the Liz Swados Inspiration Grant, a $5,000 grant awarded to a NYC based female music educator.

For more information about The Ziegfeld Club, Inc. or about the Billie Burke Ziegfeld Award, please visit www.TheZiegfeldClubInc.com.

NOVEMBER CHRISTINE (she/her/hers) holds a degree in Cellular Biology and Molecular Genetics from the University of Maryland, as well as a BM in Musical Theatre from the East Carolina University School of Music. Christine produced her award-winning musical MIRROR, MIRROR at the 2015 Hollywood Fringe Festival, followed by a three-week run in Los Angeles. Christine’s historical hip-hop drama, LEGACY THE MUSICAL, was showcased in London in 2017 and won “Best of Fest” at the 2018 New York Musical Festival. She was commissioned by Artistic Stamp Inc. to write her latest piece, IDA, a six-part epistolary play on the early years of Ida B. Wells. Christine is also a BMI Lehman Engel Musical Theatre Workshop Lyricist and 2021 NYCLU Artist Ambassador.

CARMEL DEAN is an Australian-born, New-York based composer/lyricist, musical director, and arranger. Her compositional debut, RENASCENCE, (with a book by Tony Award-nominee Dick Scanlan) was produced Off- Broadway by the acclaimed theatre company Transport Group, and subsequently won the 2018 Off-Broadway Alliance Award for Best New Musical. Her song cycle Well-Behaved Women, about bad-ass, game-changing historical women, premiered at Joe’s Pub in January 2020 to sold-out performances, and recently received rave reviews for its production in Sydney, Australia. She has been commissioned to write a new musical with Mindi Dickstein (Little Women) for New Works Provincetown/Mark Cortale. Dean is a Fulbright Scholar, holds an MFA from New York University’s Graduate Musical Theatre Writing Program, and is a current member of the BMI Lehman Engel Musical Workshop.

New York Stage and Film is a not-for-profit company dedicated to both emerging and established artists in the development of new works for theater, film and television. Since 1985, New York Stage and Film has played a significant role in the development of new plays, provided a home for a diverse group of artists free from critical and commercial pressures, and established itself as a vital cultural institution for residents of the Hudson Valley and the New York metropolitan region. The New York Times calls the company a “formidable breeding ground for new work,” and dozens of notable works trace their developmental roots to NYSAF, including the Tony Award winners HAMILTON, HADESTOWN, SIDE MAN and THE HUMANS; Broadway productions such as AMERICAN IDIOT, HEAD OVER HEELS, JUNK, BRIGHT STAR and DIANA; and Pulitzer winners and finalists such as DOUBT, The WOLVES and TAYLOR MAC’S A 24-DECADE HISTORY OF POPULAR MUSIC. www.newyorkstageandfilm.org