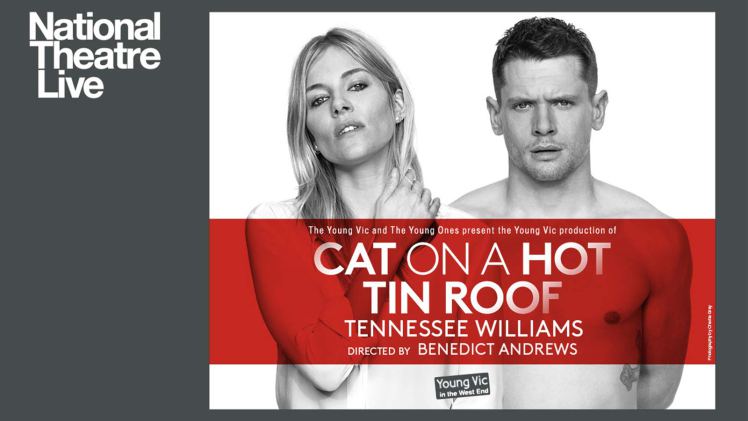 Ross
It’s moments like this when I wish I could magically transport myself to London, England every so often for a night of theatre, in the same way I get myself to a Broadway or Off Broadway theater. A quick little subway ride to the West End or the South Bank, but until the time they create that kind of travel, I am just going to have to be grateful that NTLive has come to my rescue, even partially.  Without these wonderful folks, I would have certainly missed my chance to have that pre-Broadway sneak peek at the incredible National Theatre’s production of Angels in America.  And I would have also never been blessed with the opportunity to see the wildly revitalizing production of Tennessee Williams’ Cat on a Hot Tin Roof that recently played for a very limited run at the Apollo Theater in the West End, courtesy of the Young Vic. Powerful and muscular, this rendition of the classic tale of desire that reeks of sexual obsession and greed, finally gives us all another Maggie the Cat to be hypnotized by, dancing compulsively on that proverbial Hot Roof, right along side that timeless image of a white negligee wearing Elizabeth Taylor, an image that is about as iconic as it comes. 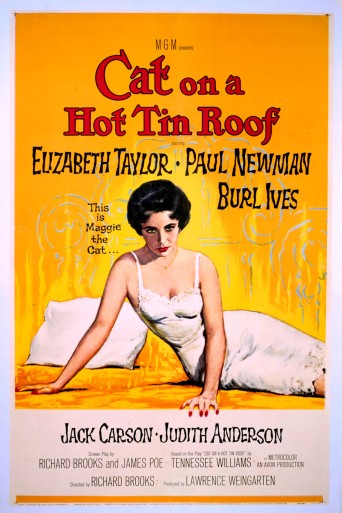 Taylor and her wonderful costar, the eternally handsome Paul Newman created a Cat and drunken Brick that would become legendary, even with the butchered and extremely edited version that the nervous censors forced down their throats. That version set out to rid the central core of homosexuality from the internal conflict that beats at the heart of the piece, almost destroying the fire burning inside, but somehow, through the brilliance of Taylor, Newman, and film director, Richard Brooks, a flicker of truth still existed, and if you listened closely, read a bit between the lines, maybe you can hear it whispering its censored name.
But here, in the hands of the powerfully sly Sienna Miller (Roundabout’s After Miss Julie, “The Girl,”) and the edgy and dangerous Jack O’Connell (“Money Monster“), the truth is set free, swinging out as wild and as drunkenly as Brick  when he uses his crutch as a weapon, desperately trying to contain his Maggie, the wild cat in the room. And failing, in a way that makes failure as enticing to watch as anything else on that stage.  These two, along with the solid casting of Colm Meaney as the perfect combination of the angered fear (or is it fearful anger?) of a man who has seen death at his doorstep, and the pompous and headstrong vulgarity that can only come from a man who has made some money. Meaney clearly understands where this Big Daddy sits in the power dynamic of this southern family, and who surrounds him and why.  So placing this story with these three as the connecting dots of a triangle that is being dragged, pulled, and distorted by others, and escaped by some, forcing us to see who they are directly, and take our time soaking them in, is one compelling sleight of hand, and it pays off in spades.

Following his Young Vic hit production of A Streetcar Named Desire which also just recently played at the glorious St. Ann’s Warehouse, The director, Benedict Andrews thrusts at us a raw and radical revival which updates the classic Southern swagger and gives it a modern beat. The story slowly unwinds, with all the repetition of a long winded southern belle. Maggie talks and talks, afraid of the silence that would come if she stopped.  Big Daddy talks and talks as well, hoping that a connection based somewhere in truth will appear if he just talks long enough.  Both mesmerize us within the stark prison-like setting that is Brick’s bedroom, banishing all aspects of the Mississippi delta mansion, and giving him a barren cage with very little to hold on to.

Magda Willi (A Streetcar Named Desire), the Swiss theatre designer dominates the open space by placing only a bed, a vanity, and a shower, one that is used over and over again by a naked O’Connell as he attempts to wash away his deeply infused sense of guilt and shame.  There in the modernization of the period piece, Andrews has enlisted cell phones and iPads, an idea that seems a bit pointless, unless one is trying to remind us that although much has changed since Taylor and Newman had to be so hush hush when talking about Brick’s best friend, Skipper and the urges of homosexuality that filled the heavy hot air around the two, much has stayed the same. Especially, in terms of the Southern discomfort many feel when trying to talk about a man loving another man, both intimately, romantically, and erotically.

Although Maggie is the woman so impossible not to notice, on this steamy night in Mississippi at Big Daddy’s birthday celebration, it is really Brick who holds center court, and who all are seen running themselves ragged around, as he stands silent waiting for his ‘click’. Maggie, Big Daddy, and all the others, (the magnificent Lisa Palfrey as a tight minidress wearing Big Mama, and Hayley Squires as the annoyingly aggressive Mae), try their hardest to gain his attention and favor, attempting to poke, pry, or engage.  And why wouldn’t they?

As the faltering former athletic Brick who is trying so hard to escape from the antics of the party, its O’Connell’s heat that all can feel and are pulled towards.  They can’t seem to stay away, forever re-entering his room, seeking him out, and calling out his name. O’Connell epitomizes the caged man, locking himself away in an attempt to flee their stare, tormenting himself for actions that at first felt like survival, but later turned into pain and shame. Locking his gaze and attention rigidly on the four whiskey bottles center stage, this alcoholic’s attempt at obliteration is the true revelation of the evening, and the one true connection. Maggie or Big Daddy can dance round all the secrets and tensions that threaten to destroy their connection to Brick, but the finality of all lie in the heart of Brick. With the future of each and everyone wrapped around Brick’s drunken heart, who, if anyone, will get through to him? Will anyone one win him over? Or will they all falter getting through the haze of the whisky? The cat does have 9 lives, but will that be enough?

Captured live on stage, Cat on a Hot Tin Roof will screen in cinemas around the world from 22 February 2018.