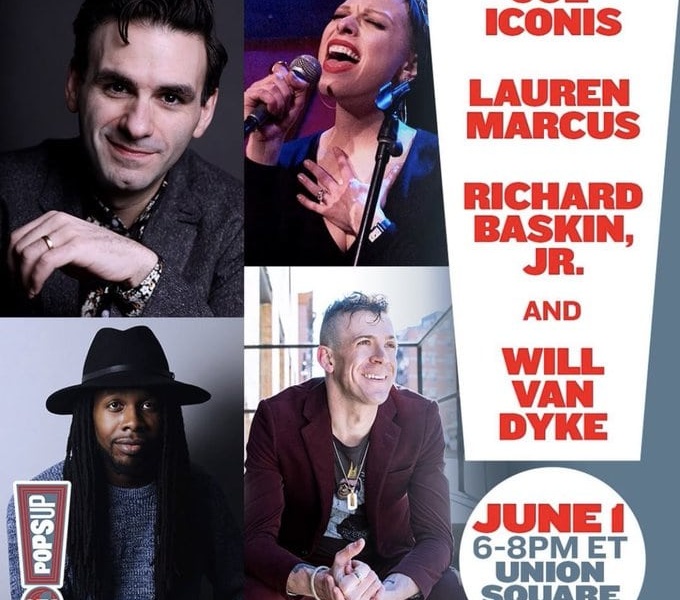 New York, NY – NY PopsUp, the statewide initiative designed to celebrate and reinvigorate the arts in New York, will present an array of performances this week from the Bronx to upstate New York. Performances include a piano bar in Union Square Park featuring Joe Iconis, Lauren Marcus, Richard Baskin, Jr., and Will Van Dyke; a day in Albany at Empire State Plaza; Orquesta Broadway in the Bronx, curated by NY PopsUp Artist Council Member Ayodele Casel; and Bobby Sanabria’s Multiverse Big Band and Ascensión in the Bronx.

On Wednesday, June 2, NY PopsUp will go upstate to Albany with some of the capitol region’s most energizing and influential artists at Empire State Plaza. The performance will feature Alex Torres & His Latin Orchestra from 12 – 2pm, and Taína Asili featuring Naima Penniman and DJ Trumastr from 5 – 7pm.

On Saturday, June 5, NY PopsUp Artist Council member and Bronx-born tap dancer and choreographer Ayodele Casel curates the block party of her childhood with legendary charanga band Orquesta Broadway in the South Bronx for an evening of salsa music with incredible dancers.

The performances will be live streamed on the festival’s Instagram feed: @NYPopsUp.

NY PopsUp is an unprecedented and expansive festival featuring hundreds of pop-up performances (many of which are free of charge and all open to the public) that intersect with the daily lives of New Yorkers, as announced by Governor Andrew M. Cuomo. ​The series of events is intended to revitalize the spirit and well-being of New York citizens with the energy of live performance while jumpstarting New York’s live entertainment sector in coordination with the New York State Council on the Arts and Empire State Development. The programming for NY PopsUp is curated by stage director Zack Winokur, in partnership with a hand-selected council of artistic advisors who represent the diversity of New York’s dynamic performing arts scene and artistic communities.

NY PopsUp launched on Saturday, February 20 and will run through Labor Day​, coinciding with the 20th Anniversary of the Tribeca Film Festival and The Festival at Little Island at Pier 55. NY PopsUp is being coordinated in lock step with state public health officials and will strictly adhere to New York State Department of Health COVID-19 protocols and guidelines. NY PopsUp’s model for delivering safe performance experiences help​s provide a reopening roadmap for New York’s cultural institutions, including Lincoln Center, in the planning of their new outdoor performing arts complex, “Restart Stages.”

Please note that, given the impromptu nature and surprise element of the pop-up format, not all performances will be announced in advance. Please follow @NYPopsUp on Twitter and Instagram for the latest.

​Collectively, NY PopsUp, the Tribeca Film Festival, and The Festival at Little Island bring​s a total of more than ​1000 performances to New York State between February 20 and Labor Day, signaling an event unmatched in scale and unrivaled in scope. 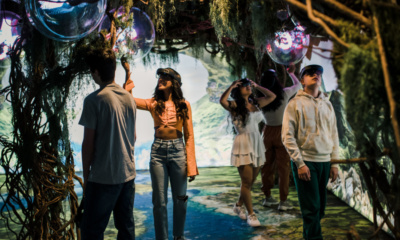 Suzanna BowlingMay 22, 2022
Read More
Scroll for more
Tap
What to Watch: June 2
T2C is Thrilled to Announce The Drama League Names Three-Time Tony Winning Producer Bonnie Comley President of The Board of Directors