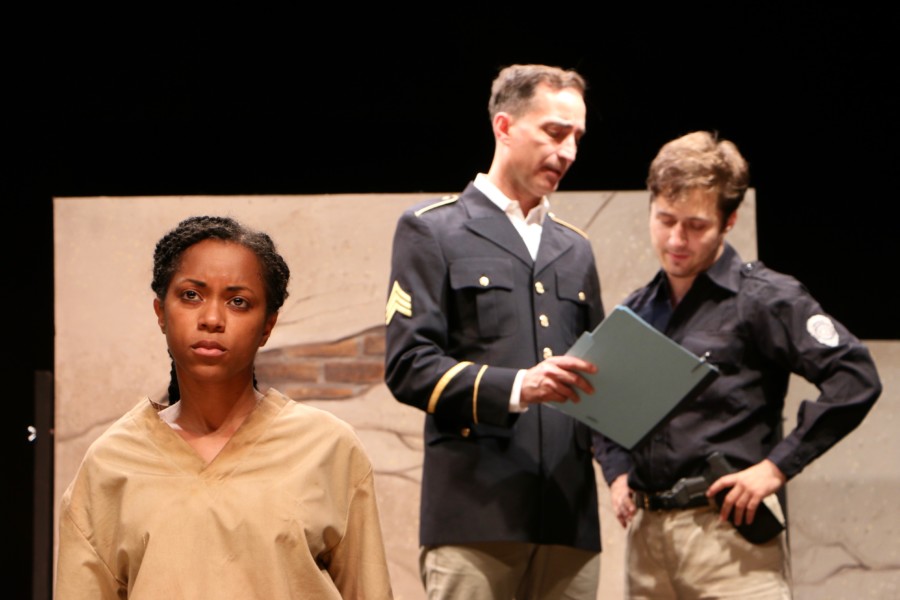 NY Summerfest: Goodbye Buddy – A Look into the Future

NY Summerfest: Goodbye Buddy – A Look into the Future 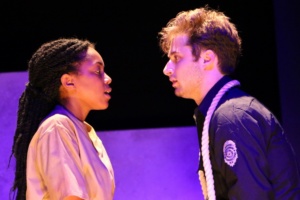 Brian Kraker’s new play, Goodbye Buddy, has a disturbing message because it hits home. Now playing at the NY Summerfest, Goodbye Buddy follows an inmate who has been sentenced to death. Set in a time and place where the government imprisons you simply for looking the wrong way, there are shades of reality that seem all too present. Needless to say, the prison system is filling to capacity and they are executing the prisoners to make room for more. When two prison guards, Captain (Dan DeCarlo) and Fred (Harrison Scott), are assigned to kill a woman (Maureen Yvette Germain) they blunderingly keep running out of ways to kill her and the execution goes awry. Buddy is intent on living and develops a relationship with Fred in an attempt to stay alive. Along the way, she discovers the reason she was imprisoned was simply for jaywalking. Fred, wanting to connect, makes up ways to keep her alive including playing the free pass game and singing Billy Joel. She is known only as Buddy since she refuses to give her name. As this cat and mouse game comes to the end, Buddy only cares if she is remembered. 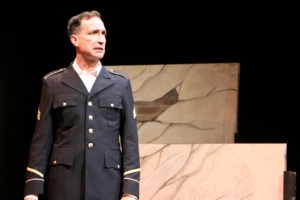 As Buddy, Ms. Germain is a bundle of cajoling and wrath. We feel for her and want her to win. Mr. Scott is a good actor but needs a strong director to hone him in. Mr. DeCarlo is the weak link; not developing a strong enough character. In order to make this play work there needs to be a Laurel and Hardy kind of relationship between the guards.

Alex Katz direction didn’t bring the best out of his actors, and as a result, the play ran away from him at times.

Mr. Kraker writes very much like Jean-Paul Sartre. His play has a lot to say and will leave you thinking about it a long time after you have left the theater.

NYMF: Temple of the Souls – Where Star-Crossed Lovers Collide
Pipeline Will Sear You with Its Blatantly Real Reality